You have been missed

So Haywards wife informs us that he has a fractured scapula. According to the Hornets it’s a contusion. This team seems to have a policy of withholding player health info. The wife’s IG post sounded frustrated with it. So are a lot of us.

That black tape they ran him out there with looks a bit absurd/concerning now. Did they not know of the fracture? If they did - what TF was that? If they didn’t - What?!

I guess the Hornets are saying Gordo is “week-to-week.”

Sorry, no. Gordo will be out 5 weeks, THEN week-to-week.

So Haywards wife informs us that he has a fractured scapula. According to the Hornets it’s a contusion. This team seems to have a policy of withholding player health info. The wife’s IG post sounded frustrated with it. So are a lot of us.

Found the quote on SI.com. I don’t know if that’s normal practice to either not see it on X-Ray or play through it but I am puzzled by “prior things.”

He actually has a fractured scapula… that they had him play with last game… that’s why he couldn’t move his arm up in the last game… everyone who knows Gordon knows he has one goal and that’s to win and play the right way, he’s the most truthful player/person you’d find. If he’s not gonna play it’s for something more than a bruise… I’m gonna stop there and not get into prior things

Sorry but no. If his wife knows he has fractured scapula, so does Hayward.

If he knows he has a fractured scapula, it was his choice to play. If he didn’t think he should, with weekly paychecks over a half mil, he can easily get a second opinion and not play.

He chose to play.

Why do the hornets have to release all medical information to the diagnosis? Is it a rule? They don’t owe anything to anyone outside of the established rules.

It’s funny, I mainly watch the hurricanes now and with hockey there are almost no rules on injury information. You get “lower body injury”. Even when you know the player has a torn ACL they just say LBI.

I think I disagree with that Chef. When teams routinely fail to hide or give true info on their players status then they lose my trust. Sure, they don’t have to, it’s not mandatory, but I’d like to know what’s going on to understand what to expect. I don’t get what the problem is with that.

I suspect Gordon wants to play and the Hornets figured okay. Maybe they just did the X-ray and diagnosed the fracture, like yesterday; so no one knew. Maybe Mrs. Gordon is a little out of that loop and just sees a husband being criticized constantly for his contract and injury status. She’s tired of it. I don’t know. I guess that’s the point. Poor communication leads to fatigue.

I don’t know who knew what and when, but I think we all know that you don’t miss 8 games for a contusion, so it was clearly more than they were saying initially.

Not defending the medical staff at all… I’m guessing the initial diagnosis involved x-rays and didn’t show a fracture, that’s why he came back.

At some point he reinjured it. I think it was maybe late in the Sixers or Magic game when he dunked it, he was in severe discomfort after that, with forcing his arms up and torquing down on the rim, I’d say that was likely the culprit.

I’m guessing there was swelling and regular treatment, x-ray probably wasn’t taken until his shoulder didn’t respond well and he was held out.

So yes, poor medical staff, and very poor press communications. But theres a strong smell of bullshit in the air trying to throw the team under the bus, maybe as a way to get out of Charlotte, I don’t know. She’s probably mad at social media for calling him soft and made of glass, and it’s her way of lashing out.

But knowing the offseason from hell, this will turn into another black eye soon unless someone speaks out on it…

Genuinely curious, does diet play into bone fragility? He had the eventual fracture on the foot/ankle last year. Just wondering if this could have other influences than bad luck.

Short answer is of course. Long answer is that at this age, no. Bone density finalizes at about 18. 0-18y is when diet is most important.

I am not sure if this is scientifically supported at all but my anecdotal experience through sports was that there are certain kids that for whatever reason break bones easily for no real reason. There was kid in my brothers grade that was a really good football and basketball player. He broke an arm, wrist or ankle every other year. Not just in football but in anything. His body was super athletic but not built for sports. No real reason, he wasn’t malnourished or unhealthy.

Sengun’s line from tonight: 35 minutes, 21pts/19reb/7ast/2blk/3stl. Glad to see him putting it together.

Me too. I was very disappointed they didn’t get him

I think Gordon’s time is coming to an end in Charlotte. I think his wife’s statement is telling in so many ways. GH doesn’t want to be in Charlotte. Go back to the off season the rumor was he wanted out are more of him and hs wife wanting to set up life after basketball. He’s been in the league for awhile now and he knows it’s coming to an end after this contract. I may be wrong but somehow and some way he ends up in Indiana.

If he makes it through this year, I would be shocked.

He is so good when he plays but…

All I want is Mo Bamba in a hornets uniform. 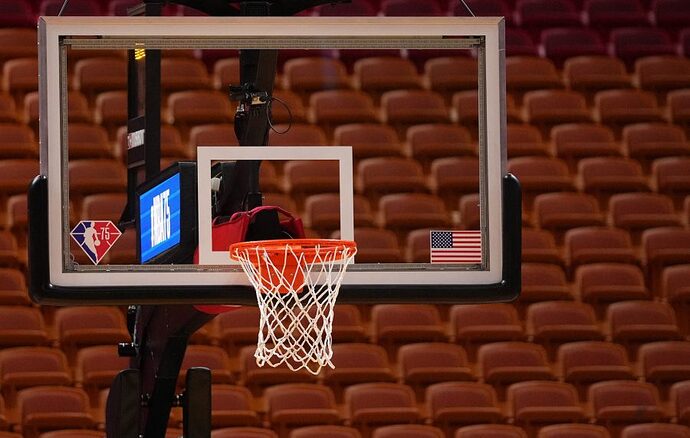 Indiana and San Antonio could be major trade deadline players due to their salary cap flexibility.

Interesting read on the Pacers and Spurs cap situations.

I may be wrong but somehow and some way he ends up in Indiana.

I don’t really see a workable deal with Indiana unless Charlotte’s the one giving up draft capital to turn Hayward into Buddy Hield and TJ McConnell. Which, I mean, don’t do that.

I could see the Hayward situation being bad enough that Charlotte takes back Melo’s brother (and his contract) in order to get Portland’s first and a flier on Coby White, or the Hayward injury being what makes Charlotte blink on taking one future first packaged with Westbrook instead of two in a Hayward/Terry trade.