I’ve always been a big Westbrook fan. Say what you want, but he just plays so hard. He doesn’t really care what the media thinks of him… he reminds me of Kobe in a lot of ways in that regard.

If we could get him in a Batum, Rozier deal… I’m all for it. It makes sense on both sides. I don’t see how we don’t win some playoff games or a series with him, paired with our young core. We’d also be so fun to watch. However, if we have to include a high pick or Bridges, Washington, even Monk… I don’t do it. It really does depend on what we do on draft night Wednesday though.

Yikes… well… it’s just as a figured. And I had the feeling it was MJ pushing for it, and here we are. I really think if we end up acquiring him, he will impede the development of any other backcourt player, so we would be left to pick a front court player. I really don’t like this… but if they’re set on it, please don’t include any first rounders. Batum and Rozier should be enough.

Proud, that impeding is my number 1 concern. We bring him in, it’s at what cost developmentally to our young core? And do we have a “young core” per se or is that all centered and his gravity? 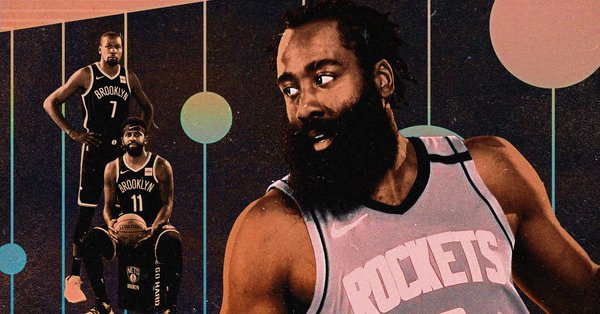 Sources: The Hornets likely won't put the #3 pick in Wednesday’s draft on the table for Russell Westbrook. Hornets owner Michael Jordan certainly has interest in acquiring Russ, but the organization is clearly not overly zealous to make a deal. Nobody is. https://t.co/yriN1AkhEh

Someone once said: On the road to success there are no shortcuts… 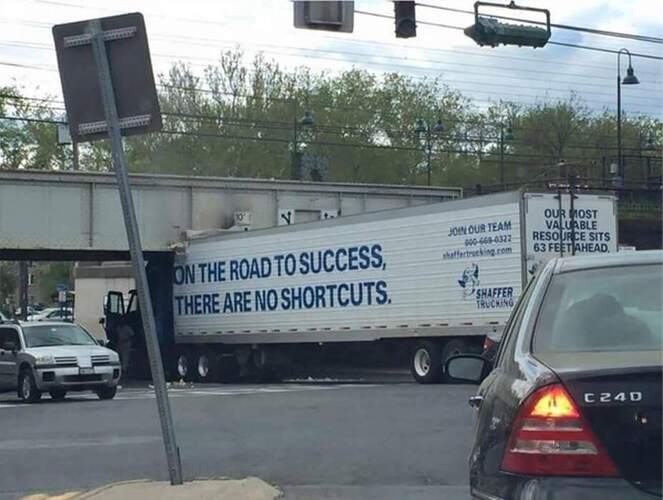 I am probably the minority, but I don’t see a young core. Anymore than a young felton, okafor and wallace were a core.

Other than that, really nothing to build around.

I think Russ takes the ball out of Devonte’s hands and tries to convert him to just a spot up SG. I can’t think of a worse track for him “developmentally.”

I don’t think so. 1. He didn’t do that with harden. (But it would take a strong management hand from borrego to est that time) 2. Devonte was most effective semi-off the ball with Terry in there at the same time

I definitely see your concern and it is very legitimate. It could play out that way for sure, but I don’t think it does. Enough that I would risk it.

Yeah, I agree, Zig. He is just so domineering, and as I’ve said elsewhere, I was a huge fan of his coming out of UCLA, but the larger the body of work that we’ve seen, the more evident it is what exactly he is as a player. I mean, on one hand, you could see these players complementing him nicely and we could become a top 5 team in the East in a best case scenario… on the other hand, I really feel after being exposed as even more inefficient last season in Houston, he is creeping up dangerously close to that stage Dwight Howard was at when we acquired him - washed, overpaid, and clearly on the downside of their career and halfway down the descent from the cliff they were previously on. What made things worse with Dwight was he was a passive aggressive malcontent. Russ leaves me with a similar feeling when I watch him now, minus the passive part lol.

I’m not a fan of his game and his contract but still when you look at last year production 27/8/7 without being the number 1 option, that’s really good. He’s been healthy and is a ferocious competitor

At first, I was reluctant but something like batum or Zeller + Terry without involving #3, i think you have to try it 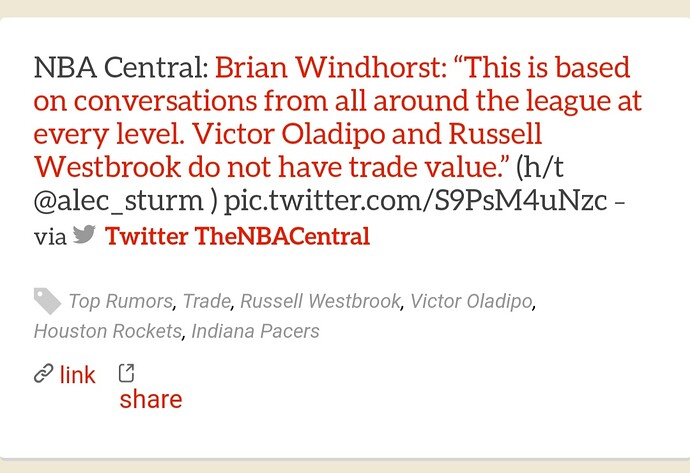 Why would we be a 5th seed–even in the east–when Russ barely made the playoffs with Paul George just a year ago? Now if we do end up trading for him I just pray we don’t end up sending Miles, PJ or Devonte for him. IDC what anybody says, I’d much rather have a young Miles or PJ on this team than Russ. Plus Russ isn’t even all that entertaining to watch, IMO, without a number 1 to play alongside.

Here’s the plan we should have for Russ.

Go through our draft, camp, first month of season. If we are overperforming (top 6 seed) after a month, we should go get Russ for as cheap as possible. If we are struggling and looking lottery bound again? Don’t go get Russ.

It’s that simple. He still has a lot of game and can provide a positive influence on an organization, but first we need to know what we have with this roster that will have been 286 days dormant on Opening night.

It has been almost 300 days since our guys have played an organized game. We should know pretty quickly what our situation is as far as which players make a jump (judging by rumors and hearsay it seems our FO expects all of our young guys to have a positive transformation.) Mitch even had great things to say about Rozier recently.

There is no doubt in my mind that Russell would have a positive impact on our team, both developmentally and the on-court product. But if we are a 12 seed without him 1 or 2 months into the season, Russell wouldn’t make enough of a difference for us and would only play us out of a higher pick %

What if we’re focusing on the wrong guy? What if there was an opportunity to get Harden instead? I mean, if we’re mortgaging the youth movement and organic rebuild anyway, why not swing for the fences? Depending on the price (which i know would be steep), I’d be much more in favor of going for Harden over Russ.

Harden wouldn’t want to sign in charlotte. He wants brooklyn. If I were Miami I would be hitting up his agent

Yeah, but he’s signed for 2 more years with a player option on the 3rd. Maybe we convince him to stay. I’ve read elsewhere that Russ doesn’t want to come here either, so that shouldn’t be a reason to not go for it. And from all reports, Houston is going to play hardball with him regardless, and if he doesn’t commit to them, they seem determined to not send him where he wants to go.

I know it’s all hypothetical BS, but just saying, if we’re determined to destroy the organic rebuild, then go all in lol. And we’ll never be a FA/star player destination until we are.

Shows my quarantine outoftouchness. I thought he was up this year.

Good points. The problem is that typically the first trade is far more expensive than if you are forced to re-trade him.

Uhh, are these guys credible? Their followed by a few credible NBA reporters… if this is true, I may be fucking done with this organization for the foreseeable future. 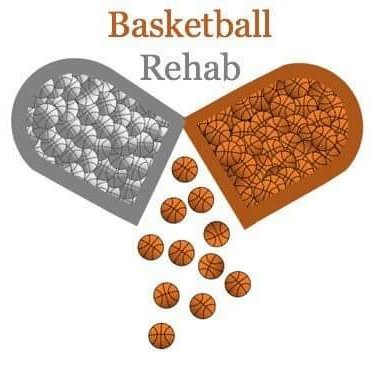 Update on Westbrook trade it took me a moment to process because I had a hard time believing it but Hornets are including the 3rd pick in their trade package and essentially using Westbrook as a trade down prize to 16th pick.
Proudiddy November 17, 2020, 5:32pm #40

And if that wasn’t bad enough…

3 team deal being discussed, Westbrook to Charlotte, Kevin Love to Hou and 3rd pick to Cleveland.

Batum expiring contract would go to Cleveland for love. Will try to find out further details.
← previous page next page →