Steph and the warriors visit CLT

If you liked how we played against Orlando last night, I bet you’ll really love watching them play the warriors tonight.

I wanna see more Nic Richards and less of the Plumdog.

Are you serious? This is classic Charlotte basketball abusive behavior. They will win tonight. And give us all some hope. In the end, this singular win will cost them moving up in the lottery

If we continue to shoot 100%, I believe we have a chance.

WOW. Overturnning the that foul… jeez

@Chef , you truly know how this Horntes thing works… sad but will probaby be true

An overtime win?! 3-3. After pre-season, I would have taken that after six games. With 3 guards out. Last night was really the only bad game they’ve had. Coaching matters. I wasn’t happy with bringing SC back, but he’s doing a good job with the guys, and they seem to respond to him. Good job tonight!

I hate this team. Losing to winless orlando by 30 one night and then beating the nba champs the very next night.

Without ball, Terry, and Cody Martin.

What does that even mean? How are we supposed to make meaning of sequences like this?

Pj Washington, who looked like a lost rookie in Orlando the night before, just wandering around aimlessly for 5 points and not much else.

The following night goes for 31 against golden state.

But for real, when is the last time this team WON a game in OT? 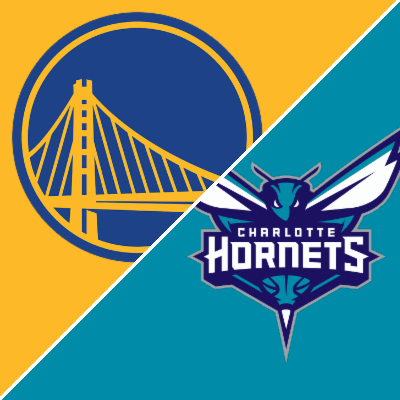 Visit ESPN for the box score of the Golden State Warriors vs. Charlotte Hornets NBA basketball game on October 29, 2022

Great game played by all the others .

Richards should be starting and Williams backing him up

I talked about it last year, but I hate having a guy like plumlee who can’t hit a free throw to save his life in the game late in the 4th. I gave the example of Ben Simmons. Totally worthless late in the game, and a HUGE liability.

What I’d like to see is nic Richards slide in and start playing more minutes-particularly late in the 4th to close out games. Has a great FT stroke and is 76% on the season.

I know that Clifford had to match the GS small lineup and slide mcdaniels in there.

I’d like to extend a special “go fuck yourself” to Kenny Atkinson. Eat your heart out you stupid jackass.

You guys…. Are we actually a good team?

I doubt it. I think Steph kind of likes giving Dad a game in Charlotte. No way to explain 4(?) straight losses to us here.

But the Hornets still had to play well. Prime guys made shots and DSJ worked his butt off.

I haven’t seen a Charlotte team sustain early season energy since I can remember. Last year early on I thought we’d turned a corner, but no.

Still, for now, Richards has emerged, Hayward is at his best, Oubre is hitting enough shots and DSJ has been a revelation. For now.

PJ remains a match-up guy with a quick on/off switch. Just when you think you’re done with him; 31 points.

Two nights ago these same guys couldn’t adjust to a front court playing Bol, Bamba and Carter (okay I’ll grant you Banchero and Wagner, but come on, destroy those other guys).

We’ll see how Cliff manages LaMelo’s return. This isn’t the preseason Hornets. The team on the court is generally tough and LaMelo is young and aloof. They can’t water DSJ down. I just don’t think LaMelo is a leader yet. His time will come, but right now he’s not that guy.

JT Thor is very interesting. Dude has a freak NBA build. When he went to the free throw line and the camera caught him straight up I just thought jeez what a beast this kid could be.

If he figures it out…just, jeez. For now, I’d like to see his defensive activity ramp up. Boost his confidence and engagement. He’s not that far off.

Yes 100%. I saw it last year during a big blowout win against OKC. Thor came onto the floor and was immediately a guy that stood out. Within two minutes he had already made some athletic plays that gave me an audible WHOA. But man, he is super raw.

Obviously, it was late game trash time and he wanted to be super aggressive since he never saw the light of day playing for coach JB. But still. It was one of those eye popping ,this guy is built different than anyone else on the floor, type of performances.