The too soon to temp-check thread

I have been trying to figure out CLE, ORL, OKC vs. TOR, HOU, MIL, BOS, etc… E.g. the over achievers vs. under achievers after 2-3 games. Certain teams make sense where they are in the W-L tally but many don’t, and I don’t know in which bucket we reside. I started to wonder, and ask you guys’ thoughts, the following.

We made really only one big change in the offseason in Hayward, two if you count drafting Ball but I don’t think he’s as big an impact on our W-L record to date. Adding Gordon to the team however places a high-usage-rate guy in the middle of everything. Am I right that in both preseason games against ORL (without GH) we won or were in a position to win with our actual rotation guys? That’s not a knock on GH, just says that adapting our team to where he’ll be or him adjusting to where his teammates will be is removed from the equation.

This all plays into the bigger conversation of early returns for every team. I have to believe that shortening training camp by half and halving the preseason games is having an impact as well as not having time for unorganized team activities to occur where guys get to know each other that are new to their respective teams.

It’s all a long way of saying that I don’t buy BKN’s first two games, that’s a team that effectively all the key cogs have been in each others lives for 500+ days. ORL, IND, PHX, ATL all come to mind as teams with extra soak time on their high gravity players. I wonder if we see for yet another two weeks or even up to 10 games for new-high-use-guys to really start to know where teammates are, and I’d count us into that category as well, especially with the addition to Gordon.

Curious if others are seeing the same or thinking there are other contributing factors.

I think Gordon is such a pro, such a cerebral player that his fit was instant. He already has a better read on where everyone is on the court than just about any player we have out there. The fact he doesn’t have an ego that means younger players feel obliged to find him even when he isn’t the best option is a huge plus. He’s a true team-first man.

I think our slow start was due primarily to PJ & Devonte underperforming vs. where they finished off last season. I think the long, long layoff between meaningful games for such a young team was huge. Devonte & PJ particularly are yet to really find their shot and build their confidence back. That’s my take at least.

I am not doing this intentionally being a killjoy, but I looked at the hornets next 4 games and thought 1-5

That’s sort of my point @Chef. I don’t think we should be indexing in these first few weeks based on what the teams look like as far as strength, rather how much they have new folks in positions they highly leverage offensively or defensively. E.g. I’m scared of ATL if we play them tomorrow. I’m somewhat scared of DAL (Luka as the constant there). But PHI or MIL or BOS don’t seem as scarry IF we catch them sooner vs later.

Now there’s a timer on this stuff, it won’t last too long. And too, if we rip someone early on, or they us, I wouldn’t think that means much in a month or two.

@kitch0202 I think you are misreading me. I think GH’s inclusion hasn’t gone well yet. I think the first signs of it were w/ BKN. He can be as cerebral as he wants but he only had playing time with Terry to date. They will need time.

PHI is an unknown. They aren’t technically in the grouping I’m talking about because their main changes were not high usage types… But their coaching change could create the same effect.

Seems to talk to the same notion. As much as those two know each other, GH is a new piece to the rest of the squad. 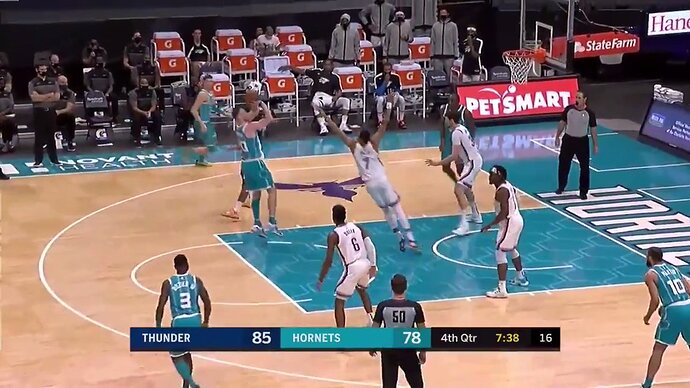 "I’m sure they understand each other’s game at a higher level than if they just came in blindly to this situation... It’s nice to have a group that’s been together before. @sam_perley on the early-season chemistry between @gordonhayward and @T_Rozzay3: https://t.co/FnHfJwOm9Q https://t.co/Zc8cMYSxZP”
1 Like