Amazing man, father and coach. One of the more approachable coaches I have ever spent time with.

Agreed! He always seemed to conduct himself with such class and dignity. Don’t remember him as a player but enjoyed having him during both stints as our coach. Had a tremendous amount of respect for Coach Silas!

Some of my earliest years as a Bobcats fan were the Silas teams. RIP Coach

Good coach and seem very likable person and gentleman, did many good things for franchise and NBA.

Dang, really not deserve to have first thing pop up in mind, coach of worst NBA team ever in our ultimate tank year
coach 4 straight playoff years at century turn
16 year career
No scorer, but before 3&d wing he was the Rebound & D wing

Came across as a warm, genuine man and was a good coach. I’d love to have Stephen here for the very same reasons. Rest in Peace and thoughts with Stephen and family.

If Dell is known as Mr. Hornet for his time and contributions to the team and city, than Coach Silas should be close behind him. He led us through the best years in franchise history, getting as deep in the playoffs as we’ve ever been (nothing was better than headband mania when we shockingly swept the Heat in the first round and were one game from being in the Eastern Conference Finals), to being the right person at the helm for the worst of times (kept the team and fans together after Bobby Phills’ accident).

Coach Silas saved us the first time when Dave Cowens randomly quit on the team after they started out terribly, and inspired them to a winning record (which pleased the lottery gods enough to deem us worthy of the #3 pick and getting Baron). Then 3 straight playoff appearances and 2 conference semi finishes. The new Hornets Bobcats could never…

And he unselfishly stepped in out of retirement when Larry Brown decided to quit on the team after dismantling the first post expansion playoff team. I don’t put this blip on Silas’ record any more than I do Larry. Brown drafted terribly, pissed off any of our better players, and just assembled the most uncreative, non offensive team I’ve ever seen. Then all the good guys got hurt at the end to make it worse. I mean when Hendo is your leading scorer, and its only 15.1 points per game, nobody’s winning anything.

The only good thing out of that year was when he slammed Tyrus Thomas ungrateful ass into the locker.

I know not everyone was around for his first Hornets run, but he’s the best coach in franchise history, he stayed in the community and was loyal to the team when he didn’t have to be. I’ve always admired him and his family, and I wish Stephen would’ve had the opportunity to coach the team. He was groomed to be our head man, I actually would like to see it happen one day.

For those that don’t know his history, here was a good article about him some years back. Great man, great leader, great Hornet. 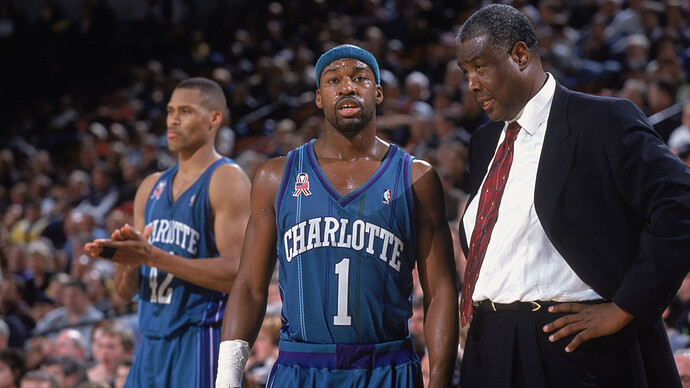 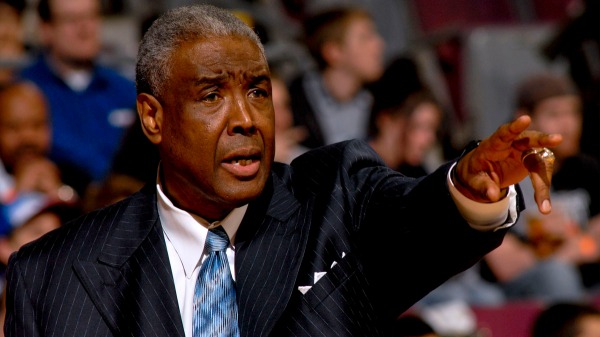 Paul Silas - I met him before a game after he retired the 2nd time. He went to games with his wife usually for a few years after his retirement. It pissed me off that national media kept touting him as Lebron James’s first coach. He was OUR guy.

Leading the Hornets and developing headband mania was awesome. Best memories of the playoffs were 2001 in the Miami sweep, and being up 10 at half against Milwaukee in Game 6. Then those damn Bucks wouldn’t miss. But anyways…

After he was brought back after firing of Larry Brown, there was positive energy. Then he was given a horrible team and took one for the franchise and our reward was MKG. Oh well.

All that being said, the earlier version of Silas took what Bob Bass the GM put together and got the most out of it. Those are memories I’ll always cherish. In 2002 we made the 2nd round despite the boycott of George Shinn and buy one get one free ticket sales. He navigated the team into New Orleans for another year before being let go for the horrendous Tim Floyd.