I hope they win. Just this once. Sorry Tank Team

They are still charging people?

Stubhub used to be the place to find killer deals on games. Whenever there were bum teams coming in during the middle of the week, the prices came crashing down, especially on the day of the game.

I remember when I had season tickets, sometimes when I couldn’t go and I was just trying to get any value out of the ticket rather than go to waste, I’d drop the price down super cheap. And I remember watching the pricing throughout the day, there was a competition between other seats to try to get the better price to make sure you sold.

I don’t see that now at all anymore. Is it because so many less people have season tickets that most tickets are held by the team and stay at cost?

Mine are listed for the lowest TM allows me. Look in 218 A if interested.

Wow. Can’t believe this team “didn’t lose” the game tonight. It’s not so much that they “won” the game, because trust me, they really really tried to give it away-but they somehow didn’t lose. What a total shit piece of a fourth quarter. Yikes. This does not help the tank at all

Richards played well and rebounded well. But Clifford post game said the second unit couldn’t rebound. To me those numbers along make Cliffords statement look stupid. Cliford to me looks like he’s trying to hold Richards back. They might be doing it so they can sign him long term cheap. Another thing I was thinking was Kuzma would be a great fit hear with Ball. Your thoughts on signing him on a nice four year contract to play with Ball. All so would you want to sign Oubre. McGal looks like a keeper to me in time . He is very inpressive to me for where we got him. He’s playing over Bouknight tonight. And in time looks like a starter to me with his athletic skills right now.

I didn’t have audio on so I missed it if there was a reason explained but why in the world did Nick get so little burn compared to Plumlee? I thought we lost so much momentum when we brought back in the starters in the 4th (though I might have the timing off from when the gas ran out of the tank).

@Dav I agree that Bryce looks like a very good bet right now. I like how he plays on both sides of the ball. But to me, somehow figuring out how to keep one of Theo and DSJ seems pretty vital. As I have said a few times, either one of them is better than almost all of the backup PGs over the last decade outside of J.Lin.

Plumlee had a decent game . But Clifford blamed rebounding on the second unit. Such a stupid statement to me.
I agree about the points Eastley One of those two should be long term. I think i like DSJ a little better.

Nic was five of six and 9 boards 12 points in 12 mins . Plum had 17 points and was five of ten playing around 30 mins . Who had the better rebounding game?

Punt this franchise to the moon….

What’s funny, I watched this game from an alternate universe. If you’re hoping the lottery gods shine down on us and were hoping to keep up with the top 4, I didn’t even feel any stress down the stretch. I actually knew we were gonna win, no matter how many free throws we gave up, how many bricks we threw up, how many times Beal got the ball at the end to take the lead.

I just knew, even as Beal rose up for the game winner, that we were gonna win this game, no matter how much effort and how hard the Hornets and Wizards worked together to try to give the Wiz the win.

As for the game trends/sub patterns - the starters played great at the beginning of the 3rd, and the subs trickled in throughout the last 5 minutes and kept the lead. I think Terry was swapped out for Oubre to start the 4th, and that’s when the the incompetence was taking hold. The starters came back in like normal at the prescribed 6 minute mark.

The terrible play continued to the bitter end, but I do think Cliff was referring to the bad rebounding for this home stretch, if not the whole 4th, so I didn’t gather that he was talking about the bench.

Because Cliff adheres so strongly to his rotations, Nick will never get more minutes than Plumlee until he becomes the starter.

I love Bryce’s aggressiveness. Tried a poster dunk 2 times, had a couple nasty blocks too. He has the look of a young player that knows he belongs, just needs to get stronger and more familiar with the intricacies of the professional game. I feel good about this one.

The last few weeks anytime I have to work late and miss a game we seem to win.

Did Kai Jones have a lot of foul trouble early?

No he said when he broke the lineup in the third . The subs couldn’t rebound. Kai did have a bad game with no boards. But Richards played only 12 mins instead of his normal 18 . And rebounded as much as Plimlee in a third of the time. This was in his post game show. 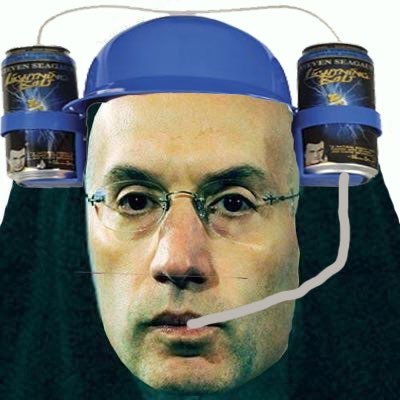 That’s it, no more working late. Until may

Clifford is giving different young pieces opportunities and they seem to be ready to step in and help. However, there’s not any reason for Plumlee to be starting over Richards. Nick can be dominate on offense and def and Plumlee can be a decent back up. Richards has border line all star potential if he gets over 30 min. per game. Please don’t hold him back coach!! Plumlee can’t defend the rim so at least use Nick the last 5 min. of the game when we need stops and rebounds. He alters and blocks shots so much better, it obvious to everyone that follows this team close???

I admire your optimism, but let’s keep our feet on the ground re. Richards. ‘Dominant’ and ‘borderline all star potential’ are more than a little on the strong side. Richards has NBA starter potential, not just train-wreak Hornets stater potential, but I’m not sure if I’d go beyond that. Things get a little different when playing against starters, with teams planning for, and knowing, your tendencies.

Cliff has indeed given our young guys minutes, but he does seem to be extremely hesitant/reluctant to play them when it really counts or to move them into the starting line-up. Richards absolutely should be starting, as starting Pumlee isn’t increasing his trade value, that’s for sure. He’s a semi-capable back-up and nothing more.

The conservative plan really ought to be to start Richards and use Plumlee as back-up until he’s traded at the all star break, with Williams ready to take over that role for the remainder of the season. I’d like that to happen sooner, but I doubt Cliff does and Mitch would have to be given a few extra shots at the nursing home before he slowly gets up from his lounger and gently advises doing so.