Why isn’t he starting and getting starter’s minutes?

You know why sir. Lol

As for the game, the Utah Jazz have hit Hornets Law territory by making 45 3s in the 2nd quarter

Had THT always looked that large? I remember him a lot more lean a few years ago.

Back to normal, no worries. 2 made three-pointers in the game will definitely be a way to finish Top 3. Lol

We still at 3 . I think teams we play the next few weeks . Are better than the teams we have seen the last two weeks. So we should go on a streak.

Had THT always looked that large? I remember him a lot more lean a few years ago.

I was thinking the same thing watching the game last night. His upper body was looking Brad Wannamaker-esque.

Had the game on in the background, so I didn’t use too many minutes of my life on this one.

Damn we can’t shoot. This is 90’s era level of shooting. Unless it’s the end of the game when Terry and PJ can’t miss. Which will probably bite us in the ass on the last game of the year where a win will knock us out of the top 3. (Unless Mitch prepares for this exact scenario and prevents it! Hello, Mitch?!!!)

PJ stands for Part-time Jumpshooter. 3 points and 3 rebounds. The day after I was half giving him credit for playing better. But I’m not surprised.

DSJ looking like he’s back in shape and playing like he did at the beginning of the year.

What was the hold up with Lauri last year? I remember we were on the verge of getting him, and I was waiting for a few days for the news to drop… and then they stopped. He might coulda been a nice second star to help our team out a little bit.

He looked more Khalid El-Amin-ey to me. 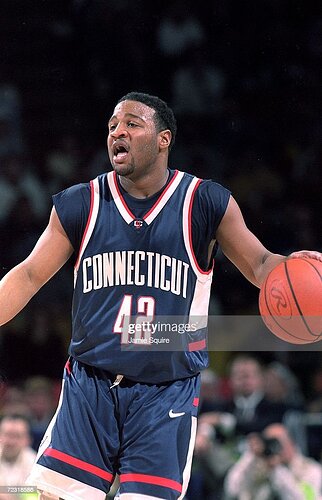 Plumlee continues to show decent trade value. For the next two weeks my biggest want is for everyone to stay healthy so we can move some players for assets.

The defense is horrendous. The dribble penetration was laughable, THT looking like kyrie Irving weaving through the defense setting up open threes. It’s not the coaching, it’s the players. They just suck.