LaMelo is just different. Hand him the keys

They are an incredibly talented team. I wasn’t nt feeling great about this even if we were at full strength. In some weird way, this fight a LaMelo led team is showing might pay big dividends down the road. 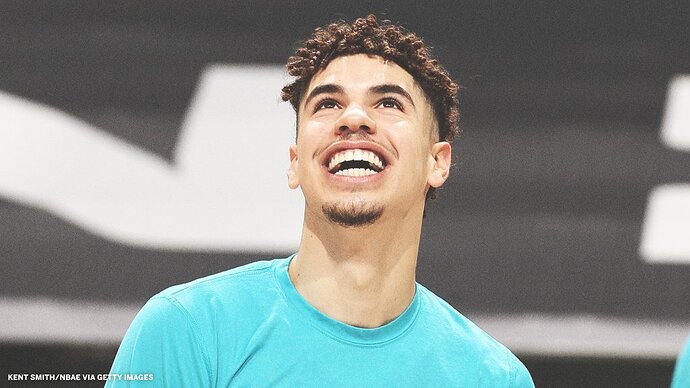 Welp, the young man has earned his minutes. WOW! I don’t mind him going for 40 at the end either.

I just keep pinching myself it is just so hard to believe for this Bobcats franchise that we got this level of talent AT 19!!!

I really couldn’t care less what our record ends up being this year, as long as we continue to never give up and compete. This team is so resilient.

I remember when they interviewed Quinn Snyder before going with Cliff. I’m thinking they may have made the wrong call there.

Jazz are a fuckin hard team to play. They got the big uglies hitting every three, Gobert grabbing every rebound, Mitchell doing his spider thing, then if Conley and Clarkson and oneal are splashing contested threes, what the hell can you do. Even without the men buns (although Caleb is actually okay with me. Cody should never play another minute), we weren’t gonna guard that well.

All that to say, Melo is the GDMF truth. Once he realized early on he could play with the big boys, his confidence is shooting through the roof. He can get by anybody, has got that Tony Parker floater good to about 20 feet. Got defenders having to guess whether he’s gonna lay it in or pass on the drives. Let him gain 15 pounds of muscle and learn to set his feet on 3’s, he may very well average 25 and 12 assists a game, probably about 5 rebounds and a couple steals to go with it.

Skys the limit, should probably follow the Utah model and get a bunch of tall, ugly ass 3 point shooters as well as a giant beast down low to get all the boards and defensive presence. We’re inching closer to being a problem in the East. Bout fuckin time.

Ya hate to see the G League twins on the floor, but I get it with no Graham, PJ, and limited terry.

This team will only go as far as a match up zone can go, which, outside of spurts, isn’t very far in the league. 3s are way too deadly these days to give up 20 a game, which we are almost guaranteed to do with our scheming. I know it is a personnel issue and I understand, but this is the last year that we can defend primarily through match-up zones

Good analysis. Overall, good points for everyone to remember. Assuming lamelo continues current trajectory, hayward has a 4 year peak and devonte and Terry stay consistent, this is a team to reckon with in 2 years.

Don’t get hung up on centers, twins and tweeners quite yet