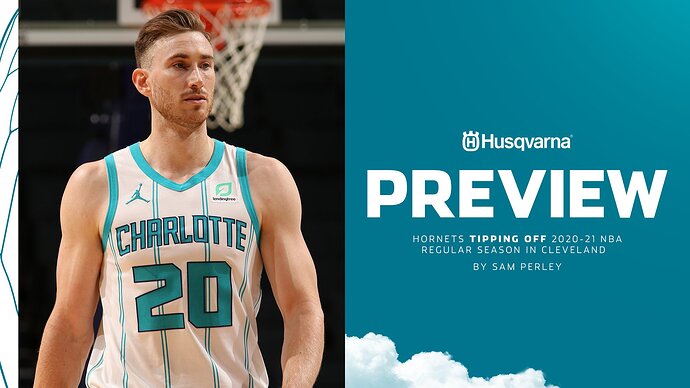 Really excited to see this team on the court for real

Also if anyone is interested, we’re having our HP Fantasy Basketball League draft tonight after the game and we have open spots still.

I honestly can’t believe we’re back to playing real basketball. I am still going to hold off on full exhale until we see the final buzzer go 0:00. But wow, this seems entirely wild.

Hayward on a new team playing Cleveland opening night, has this story gone bad before?

He’s predisastered there. It’s the other 27 arenas we have to worry about.

The day has arrived! I think this is actually the most excited I’ve been for an nba season in a very long time.

Bold predictions: Hornets win by close to 20, and Melo flirts with a double double.

Those will probably be wrong, but it is what it is.

PJ with the clean look, I didn’t expect that

Just wanted to say how fuckin stupid it is to be forced to watch a choppy illegal stream, with the Cavs commentators. And now the stream is down.

Just like the stupid Bobcat years when we had that dumbass CSET that nobody carried.

VPN and League Pass seems to be the alt ticket

Lots of sloppy play. Probably need to get used to that.

With not playing for 9 months I’d hoped the team would’ve worked on shooting. I’m seeing some bricks flying from 3 point land.

I’ve been liking the cavs possessions when I see Drummond dribbling the ball 15-20 feet from the basket.

What’s positive is that we know this team can make up big deficits pretty quickly. Hope they find their defense during halftime.

I liked the lamelo who was active on the boards and semi engaged on defense.

Not watching. Looks like Rozier just stepped up though.

Not one to get caught up with the refs too much, but the officials have been way off with the three second calls. The cavs have been parked in the lane at times