I don’t think we ever saw this in the broadcast, the live camera feed was on the bench. I think made shot fast breaks like this are going to be a nice wrinkle for us. 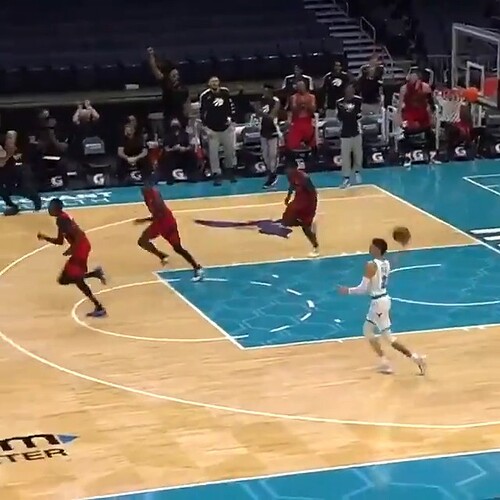 This is fun, watch Melo’s reaction 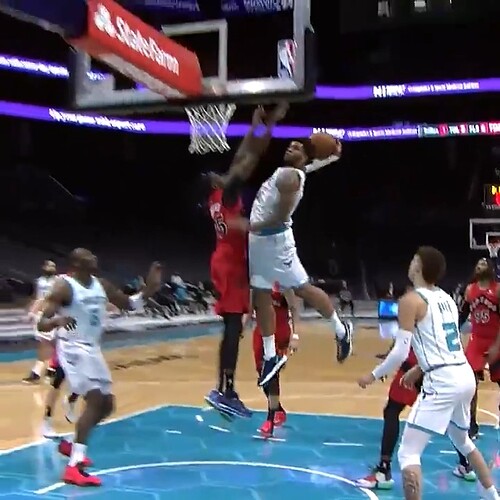 I think the Heat/Raptors are unquestionably what we’re modeling ourselves after.

Fair points, though I’m not so harsh on Martin twins. In a perfect world they’d be utility deep bench guys, which I think they will likely move to by mid season. 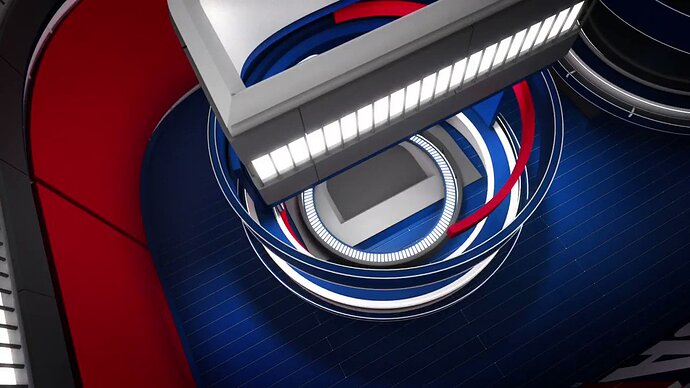 Good stuff. I watched my App state guys on ESPN3 so I had to DVR the Hornets and watch it later. It was a good night of sports and predicted both my teams would be showing up on the top 10 lists.

So I knew Melo could pass, but wow. This will be fun!
Has Miles turned on beast mode a little bit? He is not going to sit back this year.
PJ touching the ball more…
Got what we expected with Hayward
Cody popping a long ball… (the mythical Zeller 3 pointer)
The new buys really look like they need some work. Especially Nick Richards
But… Riller looks like he is ahead of the others fur sure. (I know small sample size on the new guys)

The five I want to see on the court together. Melo, Monk, Hayward, Bridges, and PJ

Just a reminder for those who are hypercritical after the first preseason game: The Hornets haven’t played in 270+ days unlike the Raptors. Considering all the roster changes, lack of chemistry, lack of set plays and more read-and-react, conceptual basketball, and natural rustiness, last night had a lot more positives than negatives. As I said before, I was impressed with PJ despite his “bad” performance (Note: I went back and watched the full game changed my mind about Miles. He was actually very good). He’s bigger, stronger, and a heck of a lot more ready to take on a larger offensive role. (Mitch wasn’t lying about the gold dust.) Devonte looks a lot more certain out there. He expects the ball to go in every time now. I don’t even think we’ll see the real Devonte 3.0 until the season starts. He’s not the least bit worried about how he’s going to get his. I expect him to be a lot more efficient and consistent this year. And Hayward… all I’ll say is he’s no Nic Batum. Boy can PLAY! Smart all-around player. Efficient shot selection and great playmaking. Loving him already.

Truly outstanding. Every time I see it I’m surprised by how unbelievably accurate that pass was. What a gifted passer.

That’s a great point about the raptors having played a lot more basketball over the past year than the Hornets. Their rust is a lot different than the rust of a team who hasn’t played in well over 200 days.

To call Ball’s passes “confident” doesn’t do them justice. It looked so natural for him out there he doesn’t need confidence to make those passes. I wish more than anything I could sit court side to watch Lamelo play. I’d like to track his eyes to see where he’s looking for court vision as plays develop. Almost reminds me of a quarterback who uses his eyes or movements to throw off a defender in coverage.