The incident occurred on May 12, when Harrell was pulled over and admitted to being in possession of marijuana. Three pounds of marijuana were found in vacuum-sealed bags in a backpack in the back seat. Harrell claims the car, a 2020 Honda Pilot, was rented. 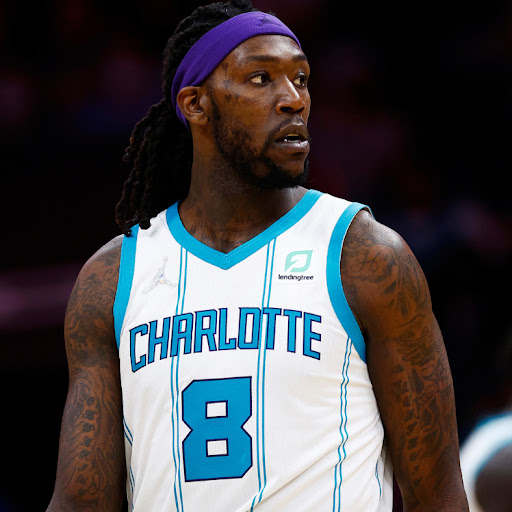 Charlotte Hornets big man Montrezl Harrell is facing felony drug charges after being pulled over by a Kentucky state trooper last month, as first reported by Roderick Boone of the Charlotte Observer. The incident occurred on May 12, when Harrell was...

Ugh. Hope things work out for him. Stupid that’s a felony. Stupid still to risk an NBA career like that. Wish him the best.

This news is fairly irrelevant to the team luckily. I don’t see him staying without being a starter, which he can’t be for our team.

I should have said he made a very foolish and moronic decision. I get so irritated when folks who have everything financially risk it all for zero upside or reason

He wasn’t coming back anyway! Need to upgrade!

I am disappointed because I liked the guy. But no, he’s not a starter he’s a role player. If he gets off then maybe we could get him at reasonable costs as bench player. Yeah it’s a crazy hope but we need some things to break our way occasionally.

I’m bummed for him. I’m of the mind that pot shouldn’t be illegal to begin with but this will undoubtedly cost him significantly. Hopefully he isn’t completely wrecked by this.

I should be more clear here. I do see that it’s entirely self-destructive for anyone to be transporting 3 lbs of an illegal substance. And I don’t believe my view of the morality of the illegality changes that. I am however sympathetic that this is likely a career wrecking event and that can potentially have a life wrecking impact. And that sucks for him and for his family

bitch and moan about minutes as done all career, agent needs to be bitching and moaning about fixing limited game. And not drive around Kentucky with 3lbs of pot before free agency.

Would have liked back at right price… well price more reachable if want deal with baggage.

Was it at least good weed?

Really don’t think that pot should be illegal, but can’t deny the impact this will have on the team’s off season. I liked the trade for him. Before this, I had hoped to bring him back. Assuming he will be gone now.

Guys. Even if marijuana is decriminalized and becomes regulated like alcohol, it’s still not going to be legal to transport and possess three rounds of marijuana-especially if it’s between states. especially.

You won’t be able to legally just tote around three pounds in your trunk. Holy shit guys lol. You’re talking like he was busted with an eighth or something slightly over an insignificant amount.

The rented car excuse is pathetic. Why would an NBA player need to rent a 2020 Honda to drive around? And why would anyone leave 3 pounds of weed in a rented car? He can’t seriously think anyone believes that. SMH. This is just dumb all around.

I honestly don’t care about the amount. It could have been 3,000 pounds and I still wouldn’t care.

People will clown the Matt Barnes’ comments but there’s an ounce of truth there, pun intended. IMO that volume was not intended for distribution in the legal sense, but communal weed. It’s not going to get that light shed on it, but in no way would I bet that 3lbs was with intent to sell.

These NBA players can’t find someone else to carry their weed? You’d think with all their money they’d get a girlfriend or somebody else to hold onto it.

I agree, I highly doubt he would be trying to sell weed as an NBA player who just had a rather large contract.

Was probably just for a party or something.

I believe this is an illogical leap of faith on your part. It can be just as easily intent to distribute. It could be by him as either a bulk sale, something he would break down and sell or passing on to someone else to distribute.

Distributing is distributing. But to conclude that it isn’t, is illogical.

In my opinion, it should all be legal but that isn’t the case. He chose to be in a non-descript rental car with 3lbs of illegal drugs in a backpack on the back seat. It looks a whole lot more like a dude wanting to sell than a dude just picking up weed for a week’s vacation with friends.

Oh you know, we were all drug mules in college at some point right?..right??

Thanks for helping us venture back into reality based thinking, Chef. No one rents a car and transports three pounds of weed just for shits and gigs.