I definitely appreciate the comment about the 1 position center, but typically an agile 7 footer can find some time on the court if for no other reason than rebounding.

I’m not sure who to pick as I don’t know the guys well. However, I’m not really concerned about too much competition at the C spot. Our current young bigs all have a lot to prove, so I don’t think there’s any reason to draft around them. I’d be totally find with taking Mark Williams if we feel like we can get some minutes from him immediately. Anything we can do to stabilize the interior helps us. Though, I’m totally open to a Mo Bamba trade too as long as we don’t do anything stupid. (Oubre and 15 sounds great!)

I think if I had to choose both picks now I’d feel good about Williams and Ochai Agbaji as being both good talent for those spots and fitting our needs best, though it looks like OA has risen a bit on boards and may be out of our reach now.

I think if I had to choose both picks now I’d feel good about Williams and Ochai Agbaji as being both good talent for those spots and fitting our needs best, though it looks like OA has risen a bit on boards and may be out of our reach now.

Yep. Both fill needs and are good value. Though I have seen OA rising too. Not got my heart set on anyone that looks realistic … yet.

I want to come out of this off season with a center better than a guy one of the worst teams in the league is letting walk. I think that it’s OK to trade one or even both picks for that.

This has me rolling. I think there’s an angle that says that this ORL fact doesn’t relegate him to 30th or worst Centers but the sentiment has merit. To me, it speaks to why we should not be looking at this as a trade situation but pitching him as a FA once they cut him loose. They won’t want to do a S&T with him. They should want to free up the 22M cap hold as to pair their own FA with their shiny #1 pick and the core of (or most of) Franz, Cole, Jalen, Isaac, Wendell, and Markelle.

I am going to really start looking into some of these guys soon. Have looked into some of the top ones, Shaedon Sharpe has my eye as someone who could drop but be good. I also noticed in the tourney that Sochan was an absolute pest. I also thought his shot looked better than what his percentages were.

I will give more of an opinion down the road. 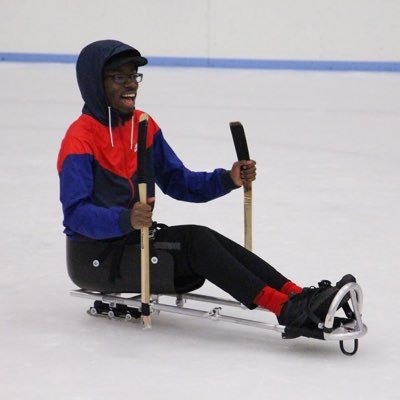 @RomeovilleKid
Indianapolis native and Wake Forest junior Jake LaRavia will no longer participate in tomorrow’s scrimmages, per an announcement from the #NBA Draft Combine. https://t.co/zUcBUEj4B6

My guy is moving on up. This is cool

Oh this is tasty

Just watching the Eastern playoffs gives you insight on exactly what we need to even think of being competitive. Its gonna take more than a year or two, but the changes and development need to happen now to even think of starting the ascent.

Between Miami, Boston, and Milwaukee, those are 3 teams full of tough as SOBs. Offense is pretty, and vitally necessary, but we are snuggle bear soft compared to these. Between Jimmy Butler, Bam, PJ Tucker, Lowry, then even the side pieces of the other Martin, Dedmon, Gabe, Strus - that’s one completely tough, scrappy, goonerific team with a lot of skill.

Boston is filled with tough role players with Smart, the somehow rejuvenated Horford, Grant Williams (he’d be perfect on our team), Robert Williams, the random Payton and Nesmith (who I never had heard of) seem super tough, of course Theis too. And we already know the Bucks are full of them.

And its not even limited to the East. Memphis and Dallas are full of grinders to go with their stars. You can’t just have pretty finesse any more. Need some gritty ass players who want to compete and won’t collapse if their shot isn’t falling.

Oubre and Plumlee are too soft to bang at their respective positions. Gordon’s tissues are soft, even if he tries hard. Miles and PJ have good toughness, PJ needs to be much more consistent though. Thor and Kai do seem to have an edge that I like, they just need strength. I like McDaniels length, but maybe Cody’s grittiness is gonna help the team longer term. Terry is scrappy and pretty tough, but Bouknights skills are duplicative, so I feel we should move whoever teams call about more often. But the draft we should grab one, and trade the pick for another.

I hate Sochan, but he fits in that competitive, annoying edge that seems to be a requirement in the playoffs, with decent playmaking skills. This Tari Eason guy from LSU guy reads like another defensive athlete with skills that we could take. Many people are saying Duren is the better pick than Williams, so I guess that’d be a great target.

Spot on. We have to toughen up to really compete in the play-offs. One or two tough veteran defenders can serve to toughen up the mentality and identity of a roster, as it becomes infectious. Also, Defence is far less streaky than Offence.

Tari Eason is a good call. Tough, very switchable defender who can also shoot. Would be the natural successor to PJ at the 4, if PJ doesn’t get resigned. Would be a very good pickup if he’s available.

Steve Clifford was Bamba’s coach the first few years of his career. Are you familiar with Clifford’s “approach” to developing young players? And by “approach”, I mean he doesn’t play them or develop them. I respect your BBIQ, and I’m very surprised you’ve omitted this fact in your assessment of the player and situation.

Bamba was very raw coming into the league, and Clifford definitely didn’t do him any favors. Bamba is still raw and is playing 25 minutes a game on a team that is easily league worst. A team that is trying to develop players and tank. The Magic also had injury issues this year, including Bamba. If you watched Bamba this season, he absolutely has had some tantalizing games and “wow” moments. Yeah, he’s raw. And he’s also been stuck on a total shit roster featuring Steve Clifford. It’s a low risk, high reward.

If anything at worst, Bamba has proven that he can play competent minutes and could be a backup.

And the trade is about dumping Hayward’s contract.

Sure. 100% Cliff is a terrible development coach.

However Cliff wasn’t Mo’s coach this year. Mo was the Magic’s starter (finally). And even that wasn’t enough to convince the team to try to keep him.

I’m fine with Charlotte getting Mo - but overpaying him or trading anyone who is a positive asset for Mo would be foolish.

Edit - oh and ‘dumping’ GH implies having to pay to do that not getting value back.

I really wish i could get you to understand cap and cap management. Dumping Hayward where are you going to find MELO money. If you can explain where or how we get enough money and sign Miles . Please explain how we can dump Hayward and still have Melo money. And i will be all for it. You have never explained that question?

If you can get Mo after ORL let’s him walk, I’m for it. Trading for him isn’t where i think we should be.

I really wish i could get you to understand cap and cap management. Dumping Hayward where are you going to find MELO money. If you can explain where or how we get enough money and sign Miles . Please explain how we can dump Hayward and still have Melo money. And i will be all for it. You have never explained that question?

This is a legit question. In order to “dump” Hayward, you will have to take back equal salary. If any part of it lasts longer than 23/24 that money eats into available melo money

Unless I’m misunderstanding something, cause I’m not a cap expert, but we can sign Melo and any of our own players for whatever amount because of Bird rights, exceeding whatever caps there are that MJ desires.

But the timing is important with Gordon’s contract for a regular trade (or a sign and trade if better). The trade will have to be completed first to keep under the regular cap limit, and then we’re free to resign Melo at whichever max amount he qualifies for. If we resign Melo first and exceed the cap, then we’d be hard capped and unable to sign or trade for anyone above the regular cap (other then any of the exceptions we qualify for)

I don’t think the Hornets have ever had anyone good enough to go into the whole managing the luxury tax thing, but I think that’s the way the good teams do it. Actually, Mitch should have good experience with how to do it.

If we are receipt of any S&T, we are hard capped.

When a club uses the bi-annual exception, acquires a player via sign-and-trade, or uses more than the taxpayer portion of the mid-level exception (three years, starting at $5,890,000), that club will face a hard cap for the remainder of the league year. When a team becomes hard-capped, it cannot exceed the “tax apron” at any point during the rest of the league year.

But Gordon’s contract expires in 22-23, which would hard cap that season, while Melo’s extension wouldn’t kick in until after the next season in 23-24 (and his resigning would then count for the 24-25 season). So I don’t think the sign and trade is an issue for that if that’s what we choose. Or a regular trade of a player already under contract won’t kick in the hard cap rules at all, so we won’t have to worry about that in that case either.

Sure, us especially, if we were finally on a roll and hit the trade deadline and were not able to make a chess move because a S&T + Miles’ contract + (Cody contract or Cody replacement contract) had us hard capped, that would be ugly.

Remember too, if you are thinking about Ayton in this, an RFA is different in that their incoming salary counts in full but their outgoing match is based on base year compensation (think in his case, it would be 20.5M max that we could send back to PHX).

Who wrote the cap rules, Einstein and Hawking? Glad you guys have an understanding of it, I sure don’t.

Thank you guys I have been trying to say this . But I am old and not to smart. It’s my understanding if we go over 149 million this season we go to tax hell Luxury tax MJ is not going their. Right now we sit at 109 with 11 signed , Bridges will get close to 30 , Martin 7 rookies around 5 together puts us at 151. I think that we can work that down to 149 between Bridges , Martin , Rookies.
That’s why i keep saying Plumlee and Oubre both expiring Money all ready on the books . A draft pick and one of the two allows us to trade for a good big. LIKE WCJ. Mo , Holmes Pertal . A player of that caliber up two 21 million The amount of Plumlee and Oubre. And keeps us from hitting the tax.

What’re you talking about? Your posts and arguments do not make any sense to me.

Dumping Hayward has nothing to do with Melo or having money to re sign Lamelo. Hayward’s contract expires when Melo is a RFA…

“How to dump Hayward and still have Melo money”

What the fuck are you talking about?

If a team has cap space open to absorb a contract, why do you have to take back equal salary?