For us, I think Oubre is fools gold. I don’t trust him to make the right play unless it’s to shoot. I do like that he can make the call between inside out for himself but for a team where the ball doesn’t stick, there’s an asterisk next to his name. Any thoughts of keeping him to deal Gordon frightens me.

Now for any other team that needs a microwave deep shooter, and don’t try move the ball as much across all 5 on the floor, I think he could be a great acquisition.

Now for any other team that needs a microwave deep shooter, and don’t try move the ball as much across all 5 on the floor, I think he could be a great acquisition.

and super matchable or add-in salary. this is huge. it isn’t a 10-15 mil waste of a roster spot. oubre is a 2010 era $6 million matching salary contributor think james posey

And as I understand, fully non-guaranteed for next year. Not sure I’ve seen that in print but have heard that from podcasts on two occasions.

Charlotte might as well kick the tires on a Hayward/Simmons swap because of their respective ages. Ball and Simmons as your forwards is an arrangement that makes a Rozier/Bouknight backcourt workable, but it’s everything that Philly would want on top of Hayward that probably keeps talks from going anywhere.

Hayward out health and safety. Yesterday a toe . Smells of a trade are stronger than ever. I am thinking Hayward and Bouknight and Oubre are most likely the one or ones involved. I hope we just add a cheap center but it is looking like a lot of moving parts. I think the holdup is Turners foot and we are making sure it’s nothing long term

turner would be a huge mistake especially if hayward is moving out. 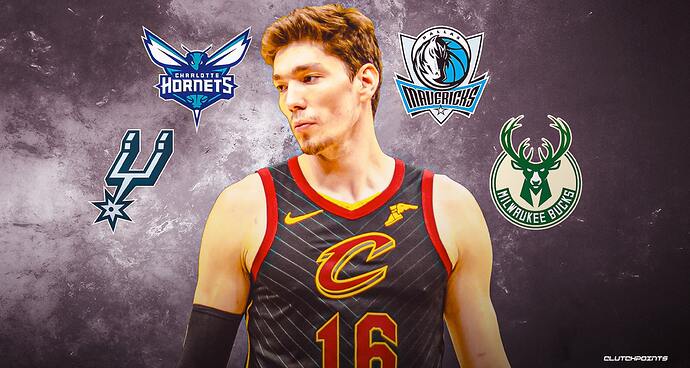 The Cleveland Cavaliers are expected to be buyers at the February 10th NBA Trade Deadline, but there is one player they could move in the coming weeks. Cavs wing Cedi Osman is drawing interest from a number of organizations including the Bucks,...

With the Hornets showing interest here I think Gordon is on his way out.

that doesn’t make much sense. it isn’t a position of need even with hayward potentially being moved. it definitely feels like the hornets are making calls just to give the “call us” vibe out.

If Hayward is moved that leaves you down a sf. Oubre slides to the back up sg, Miles moves over to starting sf, Washington moves up to starting pf and you have a pick of Bouk, Martin and Osman at the back up sf.

I don’t want Turner either but i think that’s our target. They would have to add some one like Lamb to make it work or a Levert. I would rather have Sabonis even if we had to add a pick or two.
Terry, Melo, Miles , Sabonis ,PJ Oubre is a serious line up. That could do serious damage in the east. Sabonis did say he wanted out

It might take Kai, Bouknight, Thor to make things work all so. 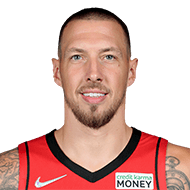 Another Houston veteran drawing significant interest of late has been center Daniel Theis. The high price for Myles Turner has led several teams including Boston, Charlotte, Milwaukee and Toronto t…

If we move, it will be late in the game, Kup is a bargain hunter

They are 100% working every angle

Don’t be so sure that Oubre is on way out… he could be but the brass really likes him.

I honestly hope we keep him. He brings so much off the bench.

Hope we can keep Oubre. As much as I was trade Gordon to even out the lineup these games without him has shown me that he still has worth to this team. This is one of the hard decisions that we are going to have to make going forward with the cap.

With that being said, we need a dominant big or another / younger creator who can play multiple positions more

I know for a fact we like Ben a lot

Just don’t know that he would come here

I am not a fan of trading Gordon. I still don’t think we have to give up Gordon Hayward to get the post player we need.

I’m still pretty bearish on a deal getting done. 5-10% chance.

With the premium placed on organizational growth and slow development of young players, I’d be shocked to see Mitch make a move that would contradict this.

If a move is made, it’ll be a younger player. Like Clayton or Bamba.

I mean… playing here is better than not playing at all right? I also feel like Charlotte would be good for him.

It will take a lot of players and a ton of money to get ben . He is over 40 million and philly wants draft picks all so. That kind of move could destroy our whole rebuild. For a guy who hasn’t played and can’t get along with management.

My thought is… if we got him… I don’t get our future picks being that great. I really do think it would put us over the top. How many more young players do we need in the draft right now?

I would do a Ben for Gordo + a first, I think. Obviously Philly wouldn’t.

Would give us a core of Melo, Miles, Ben all 25 and under.

Bens a decent enough scorer to replace what Gordo does on offense plus a much better playmaker and defender.

I wouldn’t do Turner for Gordon straight up, they’d need to throw in somebody like TJ Warren.