I wonder what Atlanta think of their trio of bigs, Okongwu has looked great in limited action but it’d probably take a lot to move him.

What if they asked for Gordon + Bouknight and nothing else?

I’d do that deal for sure.

In that scenario, pretty sure we have to go bargain hunting for potential bench guard/wing to add to the bench, albeit probably a trade for a veteran one

I know we need an upgrade at center if we’re going to really challenge to go deep in the playoffs now. But I’m having a hard time getting comfortable with losing anyone that’ll be worth a significant return. Many have been quick to throw Bouknight into trades assuming he has no value to us because he hasn’t been playing. For me, Bouk is off limits. And I’m perfectly fine with his minutes being limited as long as the guys in front of him are playing well and playing winning basketball. He’s the future with huge upside if/when Cody gets too expensive to resign.

Melo and miles are untouchable. Rozier isn’t going anywhere. Gordon’s versatility, calming presence and ability to settle things down is huge and would be sorely missed. I’m coming around to selling high on Oubre because his shot selection can be frustrating but nights like last night show how valuable he can be. Cody’s offensive improvement has been really good and paired with his defense and scrappiness he has impacted winning for us.

I’m not anxious to get rid of PJ either but since it’s likely gonna be impossible to resign both him and Miles and since we’d be getting a big, I guess he’d be my top candidate to trade that might get a worthwhile return.

But I just don’t think “now” is our time to really challenge. We’ve been building this thing the right way for the first time ever. I think we may need to continue to be patient and develop what we have. We have Kai in the development pipeline and hopefully he becomes our Ayton by year 3 or so. If we’re moving someone who’s outpriced themselves from being able to resign them and risk losing them for nothing, I’m ok moving them but if we’re talking about an injury prone Turner or another big that doesn’t move the needle, I just don’t think it’s worth it.

I get what your saying. Maybe my issue is just that we can’t always pass up opportunities to hedge for future ones because the future is uncertain (see Boston and their picks). My hope is that if the FO sees that one killer move then they should go for it, especially how problematic our cap situation will be in the offseason.

I am holding out hope sabonis is the actual target. Hayward + filler and pick platter for sabonis and levert or pj + bouk + filler + pick for sabonis

I’d be more on board on a Hayward for Sabonis over Hayward for Turner, other assets aside.

I’ve been thinking the same way. Maybe we could get Claxton or Mitchell Robinson for Carey and picks?

This is the move I would imagine Mitch making. Young players to develop that will age wise and developmentally fit into the young core.

I think Mitch is waiting for a deal like this to open up.

“According to James Ham of The Kings Beat, the front office is open to trade offers for Richaun Holmes”

After looking at some highlights I’m coming around on the Mo Bamba team. Getting him allows us to not really give up anything in our rotation but I think we could do a Ish, VC and some second rd picks for Bamba and RJ Hampton. That gives us size and a backup pg on a good cheap contract for the next 2 yrs. Hampton is a combo guard but can play the pg and has good size at 6’4". I really liked Mamba’s stroke against the 76ers on the 3’s. We would have his rights and think he’ll be cheaper to sign somewhere around maybe 13 to 15 mil.

I love Mo Bamba on this team but pretty sure Magic will need more that Ish, VC and second rd pick.
Maybe PJ and one more player listed above or 2nd rounder. Fingers crossed!

YES I HAVE YOU GUYS COMING AROUND ON MO BAMBA.

Can I change my username to Mo Bamba?

Robinson and Kemba for Ish Smith, Carey, Richards and a 2nd!

I’m no salary cap expert, but I read somewhere that Bamba has a $23 million cap hold next year. Wouldn’t that make it hard to resign him, plus Bridges, who will most likely be close to max contract for him?

I’m not against this trade either. I think Kemba would be nice off the bench and could play with both Melo and Terry.

Will you change your profile photo also? 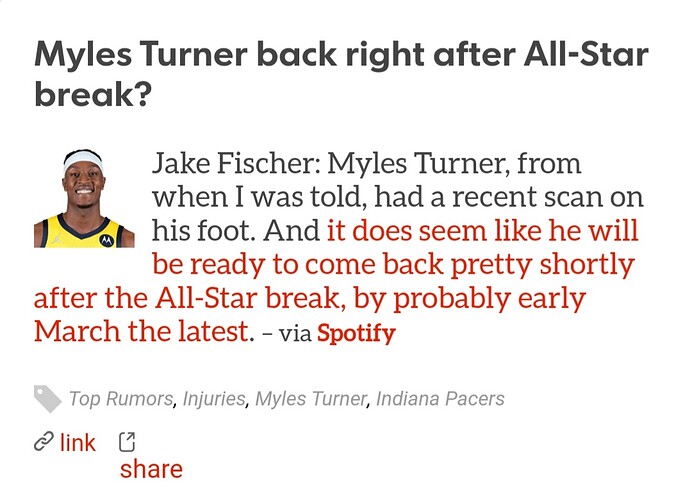 Wonder if this changes any calculus on his value in a trade. E.g. gets him back into the spotlight