JB team got team running and scoring, New coach going to inherit offense among league best and the team best in franchise history.
Worst in NBA in defense and rebounding this year. Every year NBA scouts know teams that just do not play defense or just put out effort to make things a little hard to scout and prepare…and there’s not just one individual player magic puzzle piece to these teams or cap situations make change easy in the NBA players league…but not problem for most franchises to change coach’s though, even ones win a championship, so moving on here not end of world.
Would like JB and team to continue to develop, improve, and continue win more games. But OK, we surely got a plan in place already even if difficult find new coach need to be a Clifford “defensive coordinator” type that doesn’t screw up happytime offense, at $2 million we pay.

Very intrigued when we hear from Mitch on this. With Clifford, he was “relieved of his duties” as was Dunlap. Not sure if dismissed is different

JB I thought did a good job. I think he is the best coach we have had in the modern era.
Big mistake.

I watched quite a few Nets game when Kenny Atkinson was the coach, and before they built their super team… Kenny had a bunch of young no names playing great ball together

I liked the guy as a person but it was time. I really want a coach who will play the high draft picks.

Hornets official statement says he was relieved of his coaching duties

Gotcha, so the terminology is not indicative of anything.

Woj on ESPN just now said that he has been told to expect the Hornets to search for a “Veteran” Coach.

My first thought is great (big name vaunted coach w/ sparkles). My next thought is concern (super retread having to re-prove himself).

I recall an in-depth article that came out when we were interviewing coaches last time. It went into that we don’t pay above league average for head coaches and are one of the lowest paying for their staffs. The latter being the bigger negative impact of the two.

I would think most bona fide veteran head coaches command more than the $2.4-2.6m range. Will we come out w/ the checkbook for that vet and their staff? I hope so. This hire will literally be make or break for this franchise IMO.

That would probably be the best way to get the new coach fired as soon as possible. MJ put up with a bunch of losing just to give young guys experience? That is not going to happen.

Is this code for hiring an “out of touch w young folk” old fart?

I was surprised to see this, but I was also happier that it happened than I thought I would be. I think JB is not what we need for in game coaching. That and his handling of young players(in game again, not developmental) may be his downfall.

This might be very very true. We are at a pivotal time: Will we go back go back to 20 and 30 win seasons or build on what JB did? I think we have a 50/50 shot at years of mediocrity or worse. However Ownership is confident that we can do better. Hopefully they made the right decision.

LoL! But there are some BIG names out there!

I am sure the front office wants the new coach to have a say in the off season acquisitions.

I’m hoping that simply means ‘not first time HC’ as I think I’m with the majority in thinking Kenny Atkinson would be a very good hire.

An interesting development if ends up being the case. 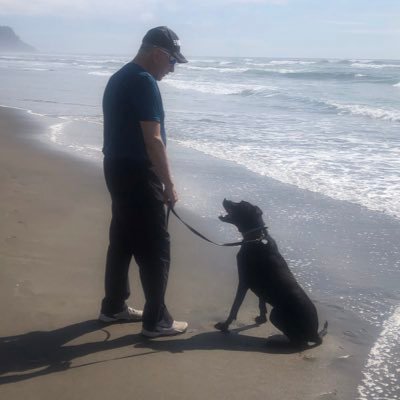 @PeterVecsey1
In the wake of James Borrego’s dismissal, word in Charlotte has it GM Mitch Kupchak may also be terminated.
dnbman April 22, 2022, 9:10pm #38

I liked the guy, but I get that we laid two eggs in our most meaningful games in ages. I think his time here was very good for the team, but I’m fine with moving on too. Wish the guy the best. Seems like a solid dude.

That would be very foolish

I don’t have a strong opinion either way, but why?