3 games a lot to like
Using Length & size to dominate at rim on offense and defense, especially against 6-8 g league centers.

In space…no offense and play making, likely never will have
…defense needs work, smaller g leaguers Foster & Silva will get 20+ points and 10+ rebounds. Never be elite perimeter defender but can improve, and not going to be run off floor in Greensboro while working on it.

Similar at rim game to Nick Richards. While Nick Richards improved his 3rd year, free agent next year. Feel Mark will better 2nd year and is an upgrade.

Yeah, he should probably spend his time on bench for his early developmental years at a fraction of his future cost. Oh and it would only help to secure a better lottery slot.

This strategy has been proven to work for us… so why not keep doing it? Haha

Yes, no NBA playing time all year would be concerning, we usually don’t sit players that can play

It’s one thing if the rookie is throwing up the occasional line like that mixed in with mostly inconsistent efforts, it entirely different when they put up all wilt chamberlain lines.

He’s way to good for d league. He needs to sink or swim against the big boys. 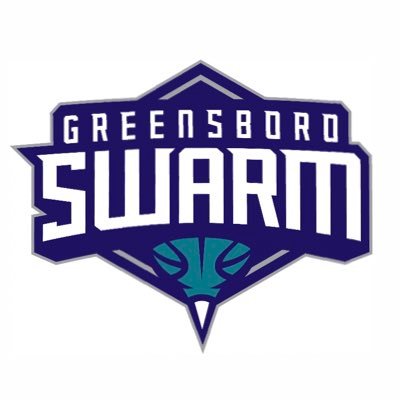 I love that guys game . He should be in the rotation if not starting for us. And yes I am a Carolina fan.

He should be a building block, around which we build our D. Clearly he limits us to drop coverage from our Centre, but at least that’s something we can work with and build out from.

I think he can be someone who does the simple, fundamental things very well and is a quiet double-double rim protector who feeds off offensive scraps.

I want to see how LaMelo can work with him, how McDaniels & Thor work alongside him, how Kai can be our ‘small ball’ 5, how Richards can back him up (eventually) … and I want to see all that this season. Please.

Clearly he limits us to drop coverage from our Centre, but at least that’s something we can work with and build out from.

This is not an argument against you. It is me yelling at the the Charlotte hornets front office shaped clouds.

He’s 19 and has been allowed to play less than 1 full game cumulative for the season. We have no idea that he can’t develop more defensive skills than drop off center andre Drummond or Roy Hibbert.

Why is it that young players are afforded multiple years to develop a jump shot or dribbling skills but are immediately type cast into defensive maturity? In fact, we are still eagerly awaiting for Cody Zeller to finalize the remaining touches of that knock down 19 footer one off season.

Defense is just as teachable and learnable as offense. With both, a player is limited by God given ability, but with work and teaching they can expand on their skills.

My thinking is that his limitation re. defending on the perimeter is a physical one. The dude is absolutely huge and of the very, very few people on earth that have his size, about none of them will have the foot speed and agility to defend out wide. That was my principal reasoning behind preferring Duren in the draft. The thinking being, you can scheme the likes of Williams off the court, but can’t easily do so with a Jalen Duren type.

If I’m wrong, and Williams can defend, even a little bit, on the perimeter, then his ceiling and value rise significantly. I sincerely hope I am.

Even if its just G-League, its awesome to see Mark dominate. Showing that you can dominate on any level does show at least a minimal capability to strongly affect games at higher levels.

But watching the highlights, his strength isn’t there yet. He’ll be tossed around all year by big bigs and medium bigs, and probably the big smalls like Kyle Lowry. There is value in experiencing success, and building that muscle memory of what works and doesn’t work in game situations. Experiencing failures with the strongmen of the league without much on court playing time may actually slow down his development.

He definitely deserves a spot on the main roster, but I’d love for him to spend a good chunk of time getting real playing experience while working to get functionally stronger, at least for half the season. But if we trade Plumlee (yeah right, he’s our new forever center) then I’d have Mark ready to backup Nick the rest of the year.

While this indeed sucks to have happened to Mark, it’s laughable that this makes him unavailable tonight. He was unavailable when we hired Cliff with a year to year contract. 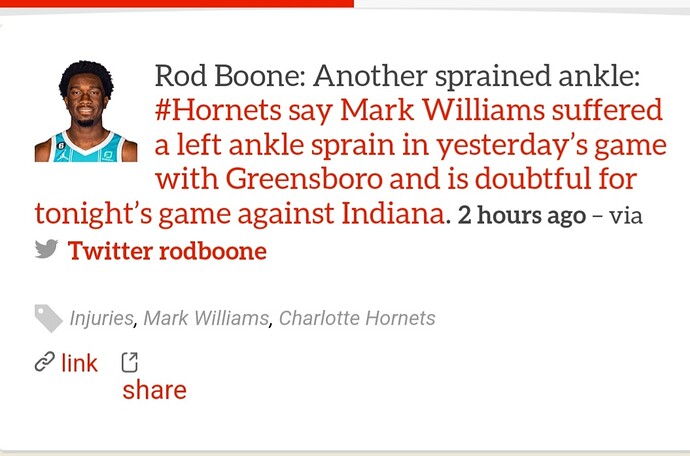