I could only catch some glances while Hornets game going on. What I saw, healthy Bouknight look a lot better than when we saw his last game when hurt.

Not a monster and gaudy point total, but overall may be best game so far, leading team in a 123-112 win.

Defense never going to be elite but less shakey and deer in head lights.

Bouknight up and down end of season so far. Giving kid benefit of doubt, an injury derailed a good finish. Would like to finish last 2 Swarm games strong…under rated importance to NBA player is availability and how player plays with and handles bumps and bruises over long season.

3/23 & 3/25 Best overall 2 games of season for us. Nice, looking like pro. Looked like a guard worth that first round pick. Showing an overall game and can be more than another inefficient scoring specialist. Unfortunately got hurt again (elbow).

Doesn’t have Kai attitude and growth to rave on, or even the other rookies to lesser degree. Has talent that makes a big ?percent? of what a NBA player needs…can a be good pro for us with better behavior, game preparation, and body.

Blockquote “He killed it at his pro day, made every shot, but I’m not buying him as a shooter. He could be a good scorer like Jordan Clarkson. Shot the hell out of it at the Chicago pre-draft camp. He’s going to be a pretty good rebounder. You can’t make it in our league if you can’t create your own shot. He didn’t shoot it well from 3 in college and was really turnover-prone, but I think he knows what the hell he’s doing. His stroke’s not broken. Nice kid.”

And I think that’s part of why we haven’t seen more of him this year. Bouk doesn’t stretch the floor a ton, and the team has other guys who can dunk better on offense. Defensively he’s not terrible, but not great either.

A slightly taller & stronger Bouk who plays hard on D would probably have more NBA minutes at this point. Similarly, if he shot 3’s better, that might have helped.

I’m not going to go all in on personality, except to say that I get Monk vibes from him … in the sense that Bouk was heavily hyped coming out of college and that the NBA is likely the first time he’s really struggled basketball wise in his life.

So he’s a shorter Jeremy Lamb?!

All Hornets on Sports Illustrated

@SI_Hornets
Hornets rookie @jam3s210 has been getting after it with early starts this summer in Miami. It appears he’s waiting outside the gym before it opens at 6am, doing both S+C & skill work
5 Likes
Dav May 5, 2022, 6:43pm #6

I am glad to see he’s taking the right steps to get better. I didn’t think he was ready to play with the big boys. Work ethic and practice will put him where he needs to be.

That’s exactly what you want to see from a guy in his situation. Ready to see the next steps in his development.

He has got to continue to work harder ever day. And when he starts to improve not get the big head and let up. 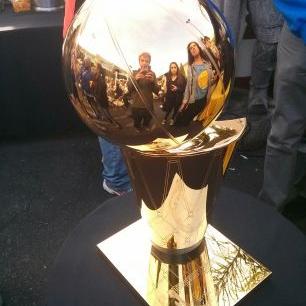 Rookies can’t contribute to winning though!