Is LaMelo Ball Playing Tonight vs Blazers? Hornets Release Injury List Ahead Of Massive Game Against Damian Lillard - The SportsRush

I have no idea what the hell is going on with these injuries. What the hell happened to Cody Martin? Zero clarity from the Hornets.

I think this is a lost season and I can see why the organization is not rushing anyone back, but can we at least know what the hell is going on?? UGH

They keep saying they are so close… yet it seems no progress has been made.

The Hornets whenever asked if Melo is gonna play that night: 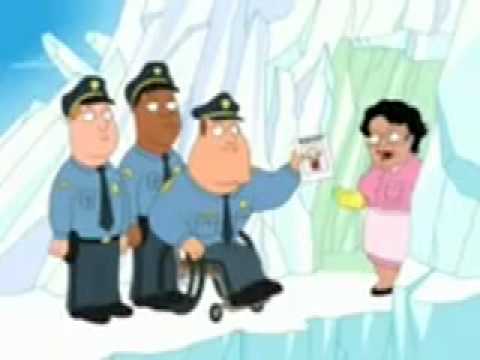 Wonder if Melo wants a trade. He seams to be healthy in warm ups. They said the injury could last three weeks . It has been six and hes still not back. I kinda feel the same way about Hayward with a sore shoulder. Is he wanting a trade two.
Martin with a sore quad ', ends up needing knee sugury . The frunt office keeps us as fans in the dark.
Even Bridges the frunt office should keep us informed as hard core fans. We never know nothing til after it’s done.

Even if they wanted a trade, it’s not in our best interest for that information to be public.

I have no doubt they’re just taking their time with the franchise player, which I’m completely fine with.

I know it’s frustrating though to not know things, especially since this franchise doesn’t have a clear plan at the moment.

Caution seems reasonable with the three that have been out. Then again, it might just be they are gathering information

Too bad Cody just didn’t have surgery to begin with. How was it his quad and now it’s his knee. The front off definitely needs to be more open with fans. What the hell is going on?

Speak it into existence 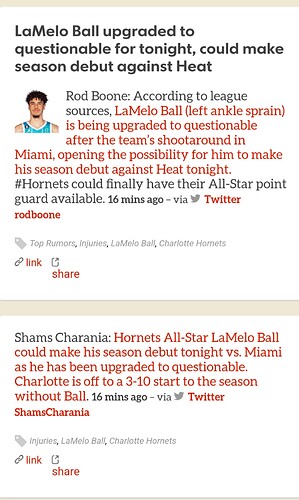 So either he starts, or he’s on an operating table by Sunday evening. Could go either way with this FO. 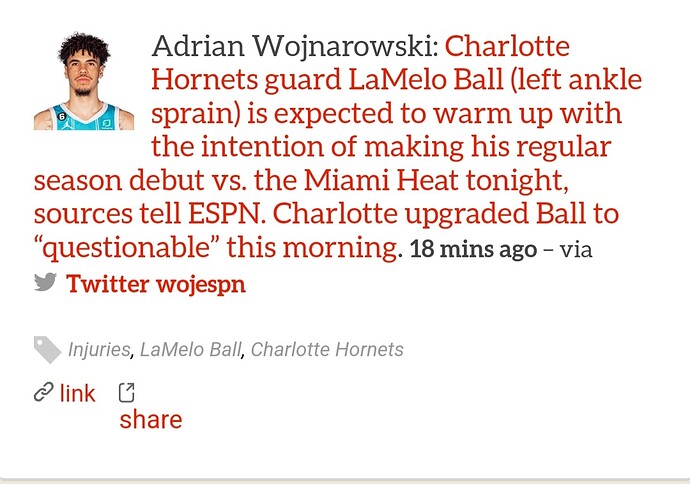 Finally getting Mello on court Awesome, interest see how integrates w/ Cliffball or
Mello not going to play like dat.

A nagging thought whenever Cliff & Bouknight & others talk of hugs, building relationships, & 8am meetings so great drive 100mph to get there.
How much QT with Mello?

So he injured his ankle again? Man if we don’t just let him sit out and tank…smh

Guys God may be forcing us to tank this year lol

Melo last night called Richards a side telling him how to finish a pass on a dunk. All so body language at one point looked as if Melo wasn’t happy with Cliff. Real early in the year for that.

I say Cliff loses this team be for allstar break.

Everbody on the site talks tank . What are we wanting draft picks ? Max contracts ? Or just devoloment? I think management should all be on the same page . We have a team of draft picks .

Yes, I am a member of the tank crew.

Everbody on the site talks tank . What are we wanting draft picks ? Max contracts ? Or just devoloment?

To answer your question, yes.

I want fucking anything different than the current status quo. The same shit year after year after year. Still need a quality big. Have been saying that on repeat since forever. This team has been stuck in this bullshit purgatory for what feels like forever.

I want anything to change. Anything. I don’t even care if it’s a bad trade to acquire a good young player. Sure, I’d give up 3-4 first round draft picks for a great talented young player. Is that smart or prudent. No. probably not. I just want something different.

Anything outside of trading LaMelo is fine. Burn everything to the ground, I don’t care. But leave Melo.

I mean, give a draft pick to simply trade away Gordon Hayward’s contract. Or buyout Gordon Hayward. I don’t give a shit. Get Hayward and Terry off the books.

If PJ Washington’s dumb ass is serious about wanting 20 million per year, trade his ass during the trade deadline or some kind of sign and trade in restricted free agency. I don’t care about anyone on the entire team except for Melo. I want good things for Kai Jones, Mark Williams, JT Thor, Nic Richards, and Jalen McDaniels. But I just don’t care about those guys. If we lose them, I’m not heartbroken.

All right I will start my idea of a rebuild. First I try to resign Bridges on a team frindly contract. Something like 4 years at 16 per year if we can get him that cheap or even cheaper.He most likely will miss most of the year as league punishment. We then play the year out with what we have . We should get a very nice loto pick top 5 i expect. Everone says this draft has five studs . We then trade Terry or Plumlee and Hayward for Westbrook and a first. Cleans the books . We then have the money to sign two max contracts. Or we could trade those guys for a all star or close to it. SO then we look like , Melo, Bridges , Williams or Richards. and a ton under the cap to sign a star or two . And a top five pick, Sign Melo be for next season starts . We might try Terry for Alonzo I am sure they do it . They need a point bad. Then we look like Ball , Ball, Bridges, say Kusma , Williams . Top five pick, Richards,. In this wish list we ready to compeate next season. It’s a rebuild not just a tank . I don’t want to stay in draft mode for five more years.

i never want miles in a hornets jersey ever again. he can play somewhere else. i grew up in a home with violence and have done therapy with kids and victims of various types of violence or exposure to violence in the home.

so that’s going to be a hard pass for me on miles.