Let’s blow out the Heat game

It’s not a rule scores get changed at halftime a lot . We have had it happen to us at least three times this year. Frgging bullshit can’t do a damn thing about it now. MJ NEEDS TO RAISE HELL with the league. This shit was on national TV as well. We was screwed.

I didn’t get a chance to watch live but I’m glad the All Star break is here. The best thing when you have the kind of BS we have been going through is to get the hell away for a while.

Hopefully Melo puts on a show - that will get him some much deserved respect with these punk ass refs. 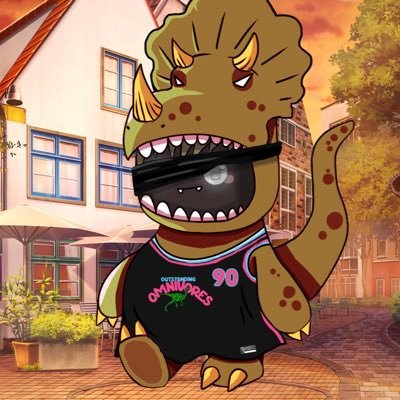 Fun thing to watch, NBA L2M gaslight doc, I mean report comes or around 5p. Watch for an acknowledgement that Lowry should not have been awarded 3 pounts AND some ticky tack offense they find us committing. It’s always the same, acknowledge the fault, create an offsetting one so they aren’t really the blame.

It’s that lack of accountability that drives me crazy. I know officiating is a hard job, but so is being a player or a coach. But when they mess up, they have to stand before a microphone in the heat of the moment and give an account for what they didn’t do well. Refs just get to walk away. No questions asked. And if you dare criticize their work, you get fined. I don’t get the double standard.

What happened last night was inexcusable and they should have to answer for that.

From the official NBA Rules:

Pretty stupid constraints at the end there

Basicly saying the refs and the league can make rules as they go. On national TV we had no chance . To a big market team couldn’t lose in that setting. Fixed

Well I stand corrected on this one, they apparently realize they screwed us every which way from Sunday last night. That’s a LOT of Incorrect in the Charlotte ledger. That’s pretty bad when they don’t even try find all the offsets to say “nah, it’s really all ok, really.”

Five (5) incorrect calls, all favoring the Heat; and with all the ridiculous flopping, I’d say the Heat get off easy with only 5 b.s. calls going their way.

I’m even more heated after reading that 2 minute report. How does that happen? It’s cheating at this point.

And to be clear, did Lowry shoot the ball with 2:03 left… but bc 3 seconds came off the clock and it was under two minutes, it can’t be challenge? Such shit! The goal tend was even more shit.

How many flop charges too

610 Said we are thinking about sending in a formal complaint to the league office . Nothing has never been done to change any thing. But i suspect our calls would be watched closer for a while. And the ref crew might be watched closer.

Maybe some calls will go our way for once…. Or maybe they’ll stop calling it one sided. Hayward gets fouled anytime he drives the ball and it’s never called.

Conflicted watching the Heat. On the one hand, they’re clearly “crafty,” making the type of plays that can make the difference in a championship run. On the other hand, I don’t want to be pulling for a team that does that kind of garbage all of the time. That’s why I stopped liking Wade after a while: so much of his game relied taking advantage of getting guys in the air and getting fouls called than just playing the game.

We have a lot of growth to do and certainly some areas to fix. But it’s really frustrating to watch our guys seem to not get officiated fairly against high profile teams. I never want to be the “those refs!” fan, but sometimes it’s obvious.

The limit on 3 point review seems inexcusable. There has to be an easy for that to be highlighted, brought to the refs attention, and then the refs fix the issue. There shouldn’t need to be any complex set of rules around this. It seems like video technology could easily judge this with AI rules, send a review alert to the scorers table, and the scorer signals the ref for a review.

On the plus side, we did a lot of things well in that game. Montrez Harrell looks great and is the kind of addition I’ve wanted for a long time. I used to hate Christ Birdman Andersen but secretly wished we had a guy like that on the squad: somebody that comes off the bench bringing energy and toughness and can bang around down low. I’m really glad we have him.

I think our team growing together, making better decisions, and staying mentally tough despite ref decisions is what gets us to the next level. Well, and a center.