Boy between play-in blowouts, lean, a felony, and a coaches rejection; I’m feeling kind of bummed about the Hornets right now.

Really not hyped about our next coach at all. I’m expecting a Westbrook announcement at any time.

Now we are talkin

I knew the Atkinson news would spiral into the sky is falling on the Hornets. Horrible look and it’s creating hyper sensitivity about any other news or move we make. I’m over Kenny and it’s better we know how flakey he is before hand. To go thru 3 interviews and accept the job then decide to back out, we don’t need em.

As far as Miles getting a max offer, it basically comes down to Portland or Detroit and I don’t think either is paying him $34M. He has huge value to us and is a top priority to resign. He proved he deserves to get paid but he’s not an all star. May be wishful thinking but I don’t think another team will offer him much more than $25M. I think you have to Match up to that range or a little more (reluctantly) but if it gets much beyond that I don’t know.

Yeah, this will all settle out hopefully. Thursday night should be fun.

I don’t think any of the folks who have prioritized resigning Miles think he deserves or are excited about giving him a max contract. I know I’m certainly not. But the prospect of seeing our former 1st round pick and rising star walk away while getting nothing in return is just as unappealing to me, and perhaps even more crippling to the franchise long term.

For me, it’s always about extracting value. When you have an asset as valuable as Miles, you have to either maintain that asset or convert it into another asset. We’ve been here before. Ancient history now, but we didn’t want to pay Mourning so we flipped him for Rice. We didn’t want to keep paying LJ so we flipped him for Mase. We got value in return and were able to remain competitive. Even if our hand is forced into giving Miles a max deal and an immediate S&T can’t be worked out, I have to imagine at his age and talent level, there would be opportunities to move him for less expensive, yet talented parts down the road. But the one thing imo that we can ill-afford to do is forfeit the asset altogether.

100% agreed. You have to get something for him via sign and trade

Hopefully MJ will take the Atkinson situation personally, so we can include big pieces in this team with a powerhouse of a coach. I would love to see Hornets make a deep playoff run and embarrass Atkinson.

From Jake Fischer at Bleacher Report: 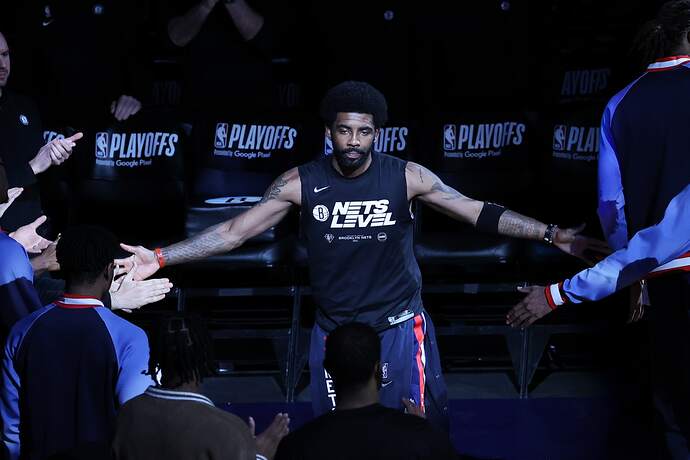 Latest NBA Intel: The Divide Between Kyrie Irving and Brooklyn

As the June 29 deadline on Kyrie Irving's $36.9 million player option for the 2022-23 season fast approaching\\, and the Brooklyn Nets and the All-Star guard...

interesting. bottom of that article mentions that Atlanta is considering off loading John collins. Who has a reasonable contract. 5/125. That’s the contract I had envisioned Miles Bridges signing, a 5/125.

With Plumlee able to slide in the lineup to accommodate teams with bigger lineups or hefty centers.

If it hasn’t been done yet, the Jordan Last Dance meme sets up nicely for this situation.

@TheNBACentral
The Charlotte Hornets’ interest in Russell Westbrook is ‘real,’ per @KevinOConnorNBA (Via https://t.co/sRGDQgA8nr)

Please tell me this is 100% Grade-A make-believe

I’m all about clearing out salaries and contracts. And if that means eating a shitty Russ sandwich for a season. Well. Fuck it.

I still don’t like it, but see the utility in it.

Westbrook would be the type of character that I would say has the toughness and “never give up” attitude that our roster needs. Our giys could learn a ton from him. I am not on the "hate Westbrook’ train. This guy is one of the best players I have ever seen and he is still capable.

If it gives us more flexibility in the process it seems it would work. BUT I am not in the “lets just give the Lakers Gordon and Terry” camp. That would be a massive overpay

I had not thought about it that way. In terms of Westbrook’s toughness and attitude being a big positive. I’ll agree with that actually. That would be a good fit with a relatively young roster who needs some vocal guys like that. Trez was a good presence for his tenacity and intensity. Maybe Russ could bring some of that too. You guys know me, the super positive one here. (/jk)

I’m not sure if this means I’m on the Westbrook hater train, but objectively he was horrible last season.

For sure we would be taking a chance with the thinking that least season was more anomaly with circumstance than what he is capable of as a player at this point. People thought he was done before he went to Washington and he was good there.

But for the toughness argument, I guess one could argue that PJ Tucker could give us that too without needing the ball in his hands.

Just know that I am of the opinion that Westbrook still has some left in the tank and if we get talent like him while also improve future cap flex it isn’t the worst thing we could do. And I think he would be an excellent mentor for Lamelo and others.

It was largely LeBron. That was never going to work.

If he were added to the hornets, I would run him 70% of the time without melo.

I love Westbrooks toughness but think he was a horrible fit on the Lakers. I’d love to have him if it was a few years ago. Definitely dont like the Lamelo fit but I love the toughness he brings.