I honestly cannot imagine worse fit with the Hornets than a $47m Russell Westbrook. Bad for the continuance of Miles’ growth as a playmaker. Bad for defensive modelling. Bad for ball movement. Bad for modeling play within the context of an offense. The only value is having that alpha mentality but that could also be rather horrific if we need him to be beta or delta to our burgeoning young guys. If you had him at the MLE, then the use and context would make a lot of sense. At nearly 1/3rd of our total salaries, he’s going to get played a ton or minimally feel he should get played a ton.

I’d rather Hayward see out his contract with us than bring in Westbrook … and I really want to Hayward to be moved!

$0 next year adds all the more reason that a guy that is staring down the barrel of his last big contract to be will not want to be sidelined in favor of young up and coming players. I see no way he won’t want to be triple-double Russ. And to be honest, I wouldn’t blame him.

I am not being obtuse but this is my train of thought in a nutshell:

who cares? this team is terrible and going nowhere. i will take one year of trip dub russ getting 25 min a game largely off the floor with melo. if it means next year having no hayward and perhaps even terry.

the biggest issue is that the lakers have absolutely zero to give up in terms of assets. it would probably require a third team.

I’ve seen the opposite reports but maybe your info is newer: 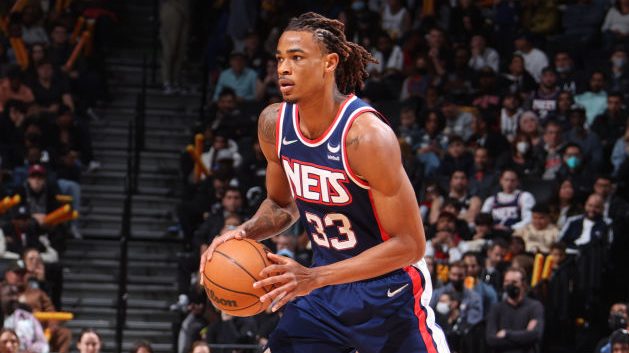 Nicolas Claxton is a restricted free agent this offseason and other teams may eye the Nets center but Brooklyn is expected to match any offers.

A 10 million mid level exception is something that might work for Claxton. I would not like to see Claxton used as an excuse NOT to draft a center. That is a risky plan if they are thinking that.

$0 next year. And $0 to Hayward instead of $60million for the next two seasons for him to play half the games 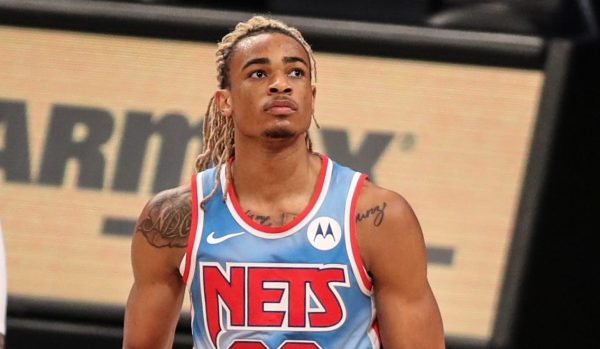 Brooklyn Nets talent Nic Claxton is coming up on restricted free agency and the Nets reportedly won’t match his offers.

Yeah this is more recent but again take it with a grain of salt. Theres ulterior motives with all these reports. But I wouldn’t avoid a center in the draft because of this move. We need quality and depth at the position.

I hope that report is true. I had Claxton on my fantasy team so I kept up w his performance from time to time. Clearly he needs more development and the Nets were not willing to provide that opportunity. But that is what I am talking about - getting a lucky break. He fills a clear need so throw some money at him!

I would take Mason, Claxton and Jalen D/Mark Williams as a C rotation w the thought of trading Mason mid-season. Heck I would take a late 1st round 2023 draft pick for Plumlee. That could happen. 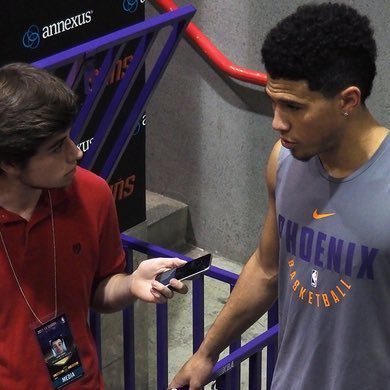 @esidery
The Hornets are looking to trade one of their two first-round picks alongside Gordon Hayward to clear cap space for retaining Miles Bridges, per @WindhorstESPN.

Nothing is as Hornetsesque as a rumor were dumping salary to re-sign a guy we didn’t need to cut salary to sign in the first.

Just to go on record: I’m open to trading for Russ (for financial reasons). As long as we don’t ask too much of him, he can still be productive.

I will have to listen to interview but Windhorst always deals on speculation if its anything outside of Lebron.

So many rumors flying . I read Terry, PJ, Plumlee Oubre Hayward all on the trade market. That’s four starting type players on that list. Now we adding a first round pick to it. Surely all this is not in play. I will flip if we trading Terry and Hayward and a first for Westbrook

If we are having Westbrook, I would like to have Pacer’s 6th pick in Draft too. Maybe Terry + Brogdon + 60 goes to Lakers, Gordon + 15th (or 13) to Pacers, and we get Westbrook + 6th Pick. I don’t know how Pacers would like this trade, but could be good for us.

Don’t think the Pacers would do that

M Plumlee guaranteed for 22 and 23 season

His plus Oubre Expiring is around 22 mil so I think he is worth more to us as an expiring than cut.

The guarantee allows us to trade him. That can clear the entirety of his 9m salary vs. only 5m guaranteed. I don’t mind him as a backup as many of us envisioned last year. I would think that the team is looking to either use him in a backup role or move him as part of a deal.

Moving parts in pick and players to improve roster still in play, but basic set up for MJ to choose. Roster 11 players + 2 firsts = 117

And How much Mitch opinion in this tarnished?

Fire coach extended contract, MJ paying 4.6 million to not coach.
KA a jerk and tool for what did to Mitch, but was Mitch’s choice brought to MJ…and now 2+ months after firing JB team still has no head coach.

We can deflect and spin, but it’s out there while MJ chomping on cigars.

I wouldn’t be surprised to see Atlanta make a move. There’s been rumor mill rumblings about the availability of Capela and John Collins. I think John Collins 5/125 deal at 25m per year is actually a pretty reasonable contract for his services.

…If Atlanta trades away Capela, would you say their team is an a-Capela group?

…I’ll see myself out.