Will the LJ streak continue?
How will Mark look in his starting debut
Who invented liquid soap and why?

I like the starting roster besides the lack of PG.

Thus far Mark doesn’t look ready to play, he is a little too soft imo. He will be bullied by NBA bigs.

His dribble handoff game needs a lot of work but it’s early. He is a problem (for the opposing team) in the lane. He needs to be more of a positive for us in the lane offensively though.

He moves like he needs some Bengay rubbed in.

I saw him at an AARP event a few weeks ago but he was ahead of me. The let folks with seniority go in first. /s

You can see how the wheels turn for Bryce and I like it. The TOs will not be on some of those passes with guys that know where to be as CJ commented there.

I do like the delta between Mark and Kai at the 5. Kai looks like he can stay with guys on the perimeter. Manek on the other hand seems again like the opposing team is targeting him defensively which is funny to think about in SL.

Kai looks like he can stay with guys on the perimeter.

On the switch, to get a finger on that and take it for the slam is so fun. So happy to see him having a time out there.

I’m loving the fight Kai is putting to get a position in the roster. He seems determined, hopefully that will translate.

I’m sure I sound like a broken record but playing him at the 5, in a position to succeed, has a huge impact on what he can bring to the court in a lot of ways IMO.

When MW stands in the paint with his wingspan extended, all I see is how huge he is. He looks like this to me 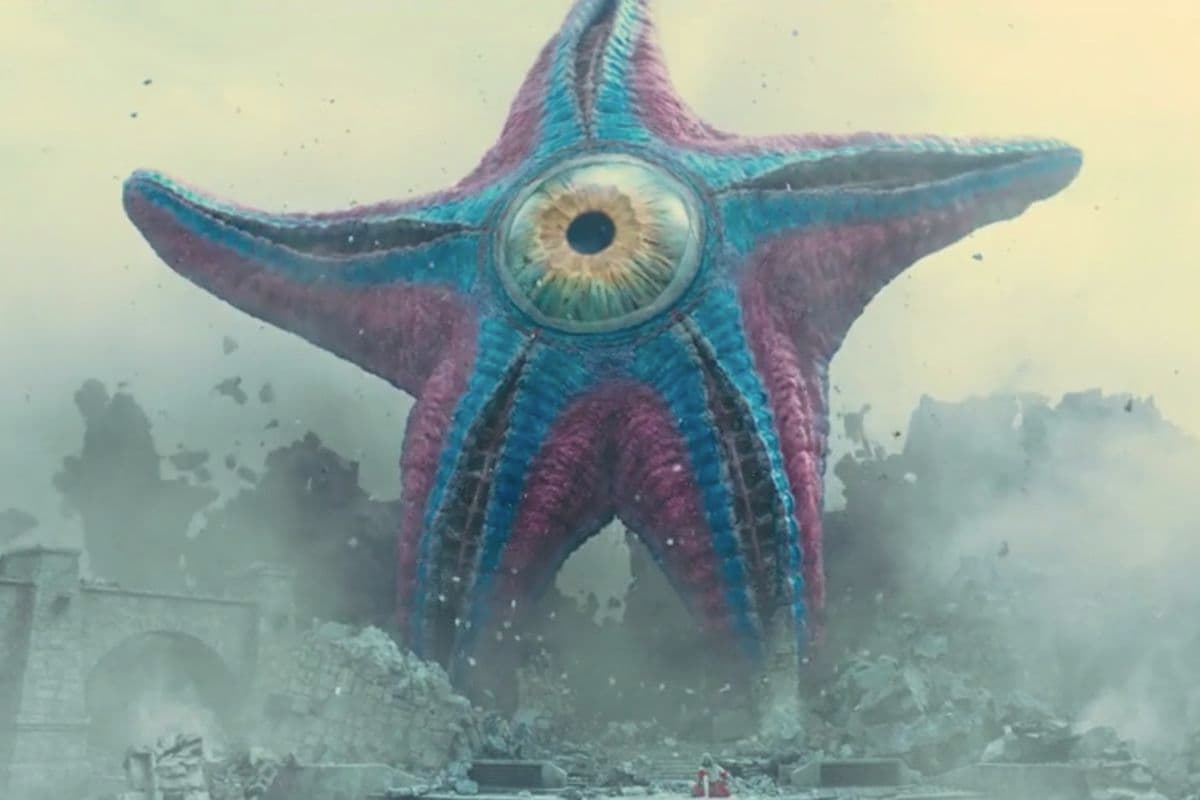 Kai is a five . He looks like a differant player playing the five . Williams looks good on defence needs work on offence . Confidence and work should get him in the rotation . Either one with Mello are giong to look like a star.
I think Richards was showcased to be traded.
I would try to start Kai with Williams off the bench . Play the better player that night the most.

I get that we need Manek out there in lieu of any wing shooting but man he was a traffic cone (at best) defensively and if he’s not shooting 65% from the field, he’s a net-negative.

That aggression by Mark to get the steal off the defensive board and then the strength to put it back looks really tantalizing. Our guard play when there’s no Bryce out there is a freaking mess.

Really love seeing what Kai is doing today. Despite his clumsiness/awkwardness at times when it comes to more refined basketball-specific moves, what he offers as a pure athlete is exactly why he should’ve been getting minutes last season and should be getting major minutes this season. As I’ve said elsewhere, he is electric as an athlete, defender, rim runner, and lob threat, as-is. If he figures out shooting, that’s just a bonus. He looks great today.

FIG is really decent on both sides of the ball. Kid can really shoot the ball. He needs a two way or a rosrer spot . Can’t let a kid like him slip away.

Also, as I had a feeling about on draft night… I had no idea who McGowens was before that pick, but judging from his size, athleticism, and scouting reports, I had a feeling he was going to be an absolute steal. And its looking that way. Great athlete and ability to create his own shot and he is so smooth. Should also be getting minutes this season.

Still not seeing much to get excited about with Williams, and seeing what Agjabi is doing doesnt make it any better.

Agbaji seems that he could’ve been a band-aid on Miles wound, but I cannot fault the FO on that as they didn’t know about Miles being a p.o.s.

Edit: I think with NBA infrastructure, Mark can build more muscle and hopefully become to be a Dwight Howard type.

Ok, i am about to have to amend my last note on Williams. He is showing a little more this 2nd half.

I know its SL for everybody, but these refs suck ass.