Okay, here we go. We’re a little over 20 games into this season and there’s a lot to say.

The first is a constant reminder of how young, relatively inexperienced, yet talented this team is. It manifests in the streakiness of the wins and losses. It also manifests within the games as well. Storming back against Houston and somehow losing. And in Chicago-being competitive and then quickly finding themselves down 20-and then even more quickly trimming the deficit to 4 points-and then falling apart once again.

Not that Plumlee was great (or even above average?), but this team’s weaknesses are generally the same from last year. Rebounding, defense, defending the three. Without Plumlee, the team has looked particularly bad. These things looked trending in the right direction for a while during the hot streak, but the progress as halted and regressed.

I’ve been a bit more outspoken on coach JB, and I will continue to. I’m of the opinion that he’s a good NBA coach, but is still very young-much like this team. Coach JB has got to step up and help this team find a way to limit the streakiness. Yeah, its a young roster and JB can’t play for the guys-but this is where I’d like to see a coach step up and stabilize a young team.

-As much as we’ve all been underwhelmed by Plumlee, the team has been worse without him.
-Bouknight. Cmon JB, play the kid. I can’t remember a rookie not getting playing time who got so much hype in the draft. Cmon man.

Impressive…We are the #1 offense in the NBA, right now we have the highest 3P% to make up for a lot of other weakness and end up with #7 offense efficiency. This fun and gun offense like #2 golden state is a fun watch, but not necessarily high winning rate for us. Golden state got the #2 offense and best defense in NBA, we don’t have that personnel and coaching.
Like after our first 12 games, get Plum back and team can and reign in the playground ball and get more under control and play better defense. If not, we will still see impressive offensive fireworks do not think seen in Charlotte any year before and fight for a play in seed.

Winning now and outperforming my expectations, saw a midling type roster and predicted losing record. Not all in but made some mundane moves to try win some games now, not all rebuilding but carrying roster full of kids needing work.

@chadfordinsider
Sophmore of the Week LaMelo Ball "RAPTOR, FiveThirtyEight’s player-rating system, has him as the 12th-best player in the NBA this season with 450 or more minutes played and sixth in producing wins (WAR) https://t.co/jdMAf44BET”
2 Likes
Chef December 1, 2021, 11:21am #84

it is nice to see charlotte finally hitting on a draft pick. bridges is definitely coming back to earth and in no small part it is due to terry coming back. i think it only reinforces that only one of terry or hayward should be on the roster.

i have a general lament on the nba as whole. over the past year, hurricanes hockey has become my go to watch. partly due to politics/nba overhype of the drama show but largely due to nba basketball becoming completely boring, i barely watch basketball at all. i just have completely lost interest in the way the game is played. bad three point shot after shot or layup/foul shot has become so monotonous i can’t watch anymore. too many replays stopping the game on top of that and i just find myself not watching.
i really enjoyed the first half of the chicago game and it was entirely due to chicago’s style of play. i miss the complete game of basketball. even as good as lamelo is, i get so bored with 3 pt attempt after attempt. i know statistically it is the correct way to play, but it sure isn’t fun to watch. at one point in the last indiana game, i started counting consecutive possessions with either a turnover/ball stoppage or three point attempt. 6 of the first 7 possessions of the 3rd quarter were a missed three or stoppage combined for both teams. no two point attempts. this was the first 5 clock minutes of the game and was around 15-20 minutes of actual time.
for me it is a giant problem and has basically driven my interest away from basketball as my primary sport to watch.

Great article on Miles put out by the Ringer 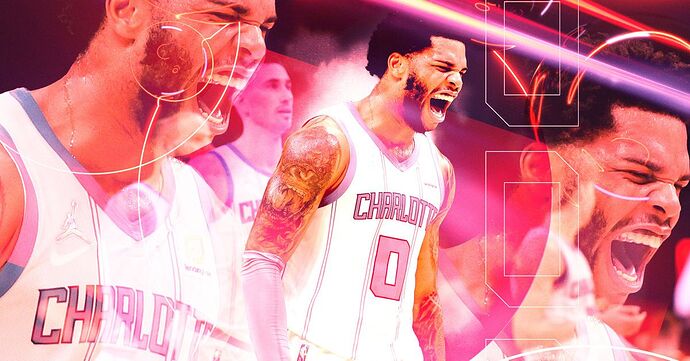 The fourth-year wing is becoming an All-Star-caliber two-way player, and it has a lot to do with his point guard, LaMelo Ball

I did not see the level of play from Miles as being possible for him. Beyond happy to be wrong and to have a player who is both entertaining, plays both sides of the ball and is productive on our roster.

I can completely agree with that sentiment. I’ve seen early on this season a very clear shift in how refs call fouls. The Trae Young/James Harden way of creating contact and getting the foul calls has really been cracked down on. Free throws are really down, particularly for Harden. I hate all the foul calls and free throws as is and I don’t agree with a lot of the calls. I think two guys should be able to bump or be near each other without the automatic whistle that halts play to a screeching stop.

It’s been refreshing to see refs update things a little to cut down on the bullshit.

Fans want more points and faster, more explosive action. We’ve seen in the NFL how defenders in the secondary can hardly touch the receivers or make a play on the ball without getting flagged for it. But there’s a drawback to this, is that it makes the refs take over the game and it gets more herky jerky and stop-start. Really glad to see the refs stop gifting offensive players calls because they jump into stationary defenders who only have their hands straight up.

Great article about Miles and his growth…offense and defense, Ball Bridges splits…knew we getting all we can from Miles but didn’t know was #7 in minutes played.

Really would love to keep Miles. More complicated after Rozier 116 spent of 119 base cap and our low 4/60 extension…no way was signing 30 million less than Mikail Bridges. Does how FO/MJ willing to show cross cap line, but Hornets have NEVER have crossed luxury tax, so keeping at Collins, even Jaren Jackson money will need to make sacrifices.

Pay somebody take Hayward 2/60 clears enough space.
Ish 4.7, going to be gone anyhow…pay minimum vet PG and play Rozier
Plum 4.5…Kai, Vernon, Nick hope at least one are ready, roster a min vet C but no replace with another baby big
Oubre 7.6…Bouknight you better be ready to be our 6th man.

If not pay to keep and FO wants to get paid instead, should much more than Devonte.
Detroit fans want and strong player and fan connection and one of few teams with RFA cap room…and not happy traded #12 Miles for Griffin. Starting point looks like Miles for Jerami Grant (1 yr/20) & one of guards not Cade & adjustable compensation depending on guard.

OKay rant and speculation over. We got some good players on good team. Survive the end of this years rough schedule…4 home/8 road of this 13 home & 23 season start, team can make a solid run at a top 6 seed. Go Hornets!!!

We shouldn’t be paying anyone to “take” Hayward. He provides enough value that we shouldn’t have to “dump” him.

ake” Hayward. He provides enough value that we shouldn’t have to “dump” him.

Agree his contract is still a bit of an overpay but he’s a borderline all-star. I think a contender would be lucky to have him.

We would be lucky to get him at that. Klutch will try and force the max

Also, can we at least play Kai in meaningful minutes for like 2 minutes to see if he gives us more than Richards? We are that desperate and need help now. Kai is a MUCH better rebounder than Richards and has good hands

I’d agree. Gotta do SOMETHING. We all know that it’s not going to be any better, but just give it a shot at least.

How about this call from Eric collins? HE PUT THE FREAK IN THE BASKET 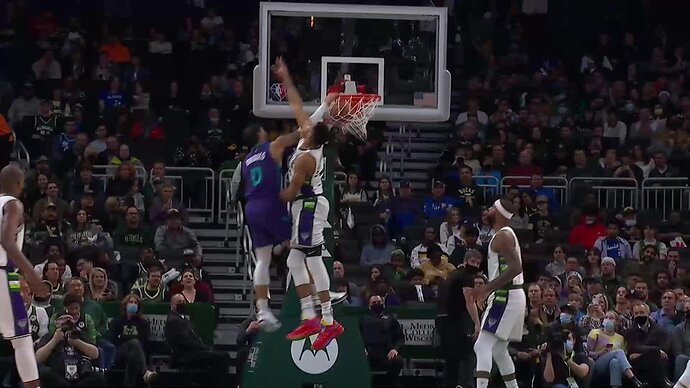 … and then be out injured for a couple of months as his joints can’t handle the excess weight.

He’s eating his way out of what could be a hell of a career. He desperately needs a strong mentor.

He desperately needs a strong mentor.

who says he doesn’t already

Zion is staying in shape.

Round is definitely a shape.