We will be 13th, not 14th correct? Ahead (closer to 1) of whomever loses between CLE and ATL.

@cltblkhscoach we keep - was top 18 protected. That will convert to unprotected 1st to ATL next year I believe. Traded to ATL in the Reddish/Knox trade.

Definitely not unprotected next year, regardless of what happened in the Knox deal. there is heavy protection on that pick for a few years at least before it drops to 2 seconds if it doesn’t convey.

So if we needed to take a step back and retool again we wouldn’t have to worry about losing our pick unless we make playoffs basically.

It was a great fleecing by Kupchak and co

Oh nice to know on the protections. I read them wrong as being this year protected (as in only).

We will be 13th, not 14th correct? Ahead (closer to 1) of whomever loses between CLE and ATL. 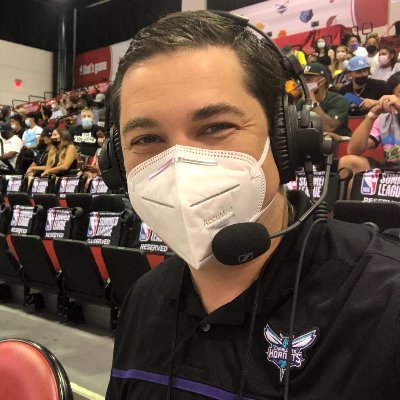 @SamFarberLive
Unless I'm mistaken, I believe that Cavs loss helps the @hornets ever so slightly, guaranteeing them the 13th best draft lottery odds rather than needing to wait for a coin flip had it been the Hawks. #BuzzCity also gets the Pelicans 1st (would be 15) if they win #AllFly

Corrected and regardless, pending bad lottery luck, we are at least drafting 13th. Bad luck of the Cavs jumping to 1-4.

Pelicans go from up 15 with a minute left in the 2nd quarter to down 11 halfway thru the 3rd. Hornets Law is in full effect. SMH.

Yup, this felt very Hornetsy. I even got my hopes up that we were actually going to get this pick. Hope pels can turn it around. Ingram typically clutch but so is Jackson

Also, I’m not sure I ever remember Batum looking this engaged defensively in purple and teal. Actually, I recall him getting torched often.

Clippers playing with no stars played better than we did

Nance has been a monster the bits of this game i have caught.

Nance has been a beast. Pelicans rookies have stepped up too.

MITCH WITH THE FLEECE. Congrats to Pels. We just got a first round pick for a guy that is pretty much out of the rotation for the team we traded him to

That’s exactly what I was thinking! Flipping Tae for a 15 pick, no longer even in the rotation, was a masterpiece! Thank you Pels!

Ok, so given we have two late lottery picks and we don’t trade up (which i’d be fine doing), is Mark Williams a clear target? I know a lot of folks here think we may already have our big of the future, but I’m not convinced. And we desperately need interior defense and rebounding.

BTW… while I’m still on the “draft best talent” train, all things being equal, this is what I’d like for us to get:

Do we want another center in the draft where we pick? I’d get them picking a Mobley type if picking top 3, but mid first round, wouldn’t it make more sense to get the best wing defender along the lines of you second post and use the other pick to try attain a Holmes/Turner-esque center in trade?

I’m on the wagon of thinking we need defense period, not just a defensive center. If Sochan or Eason are that guy, I’m totally down with that sort of pick.

Here are some of my assumptions:

If they trade for a C, then sure. A veteran would be the better situation. However, if the can’t get a deal together, we need to upgrade that position. The question become is Jalen Duren or Mark Williams a guy that can clearly come in and immediately produce? If the answer is yes (and in my very limited knowledge Williams seems to be the most ready), I think it’s worth it to take one. If we think that pick would need a lot more time to develop, then probably not. Agree we don’t need more project centers.

Is Ochai Agbaji a great target for us? Looks a little more seasoned, quality defender, and can shoot?

If we can trade up for Duren, could work. Don’t really know too much about guys in our range. I like the KU guy but not sold on him.