I’m not a college expert, I can only go on what I watched with whoever played the Heels or made a run in the tourney. So I would fail miserably as a GM in training.

Ideally, I would keep one pick and trade the other in a package to get a true impact, 2-way off/def vet. Doesn’t matter which one, unless we somehow pull a Cleveland and win the lottery.

As for players, I actually like Mark Williams game for us a lot. An actually tall, truly true seven footer. Seems to have really good strength and athleticism, and a good understanding of defense. And I do think there is a nice offensive game under there, being a good free throw shooter is a good gauge in determining whether a big can add range to his game, so I think he could become a nice 3 point shooter as well.

Don’t know anything about Duren, I just liked Williams because I hated what he did to us.

Regarding Sochan, I’m biased of course, but don’t really like him. I guess he’s lengthy, athletic, good defender, but I just hate players that are complete hacks and don’t play basketball for the sake of the game. He’s not a Marcus Smart type of defender, he’s more of the troll type like Beverly, the dirtiness like Grayson Allen. And no, I don’t like what Pat Bev does, I can’t stand watching goons hack away and then pretend they’re the victim. So of course we’re gonna pick him.

I do like the Kansas guy Agbaji. I know Kansas guards always have the underachieving athletic shooters like Wiggins and Ben McLemore, but in the limited 3 games I saw, which are of course enough to make a sweeping judgment, he kinda, maybe has that Jordan Poole element. Really quick, athletic, great shooter. He’s not as good a ball handler, so probably not a good comparison, but the potential is there to become really good.

Ideally, I would keep one pick and trade the other in a package to get a true impact, 2-way off/def vet. Doesn’t matter which one, unless we somehow pull a Cleveland and win the lottery.

Now, not necessarily for a first, but if Ayton’s max deal breaks the bank in Phoenix there are probably a couple teams that should put calls in on Jae Crowder and/or Torrey Craig. In what looks like it’s going to be a buyer-unfriendly market this summer, either could be good value as a short-term pickup if the Suns’ ownership needs to trim their tax bill.

As for players, I actually like Mark Williams game for us a lot …

He absolutely should be in the conversation. A very efficient player who could coexist nicely with Kai & Thor on the roster moving forwards. I think he’s the ideal selection if we don’t get the bona fide starting Centre we all know we need, as he has sufficient polish to contribute minutes in his rookie season, IMHO.

There are a number of good players in our range.

I am of the same thought as you . The Menphis kid is stronger and might be slightly better rebounding and blocking shots . Williams runs the floor much better. Guards in space much better .Help side defense he covers more space quicker. Much better at the line . And has some touch . A better passer .
My thoughts only The Menphis kid reminds me a lot of a Drummond . The Duke kid reminds a lot of a poor mans ZO. Both i feel could be good and solve our center problem.
With our other pick I feel we go for a 3and D type but not sure of the best fit thair . As far as point we pick up one off the scrap. It would take a 2nd round pick three years to be effective at a point position. Our first and second points are both very strong. A free agent pick up i would like would be Joe Ingles . I think he is a consistent 3 point shooter off the bench. And could fill Oubre a lot cheaper.
With the 13th and 15th picks we can get two very good players . To me better than a number #5 along.

Yeah, I’d definitely be on the lookout to raid any of these playoff teams that can’t get over the hump. I mean, if the Pelicans can actually upset the Suns, would Sarver start to get cold feet about even giving Ayton his due? Then we could truly consolidate assets to balance the roster, get a young big running mate for Melo and Miles. After giving us their first round pick, the Pels may become my second favorite team if they can deliver all the goods.

Also was hoping Utah flamed out early so they’d fire their coach and break up their core, but Dallas had to blow that last game. Bulls might have to readjust too after trading picks and spending money to miss playoffs last year and get blown out in 1st round this year. 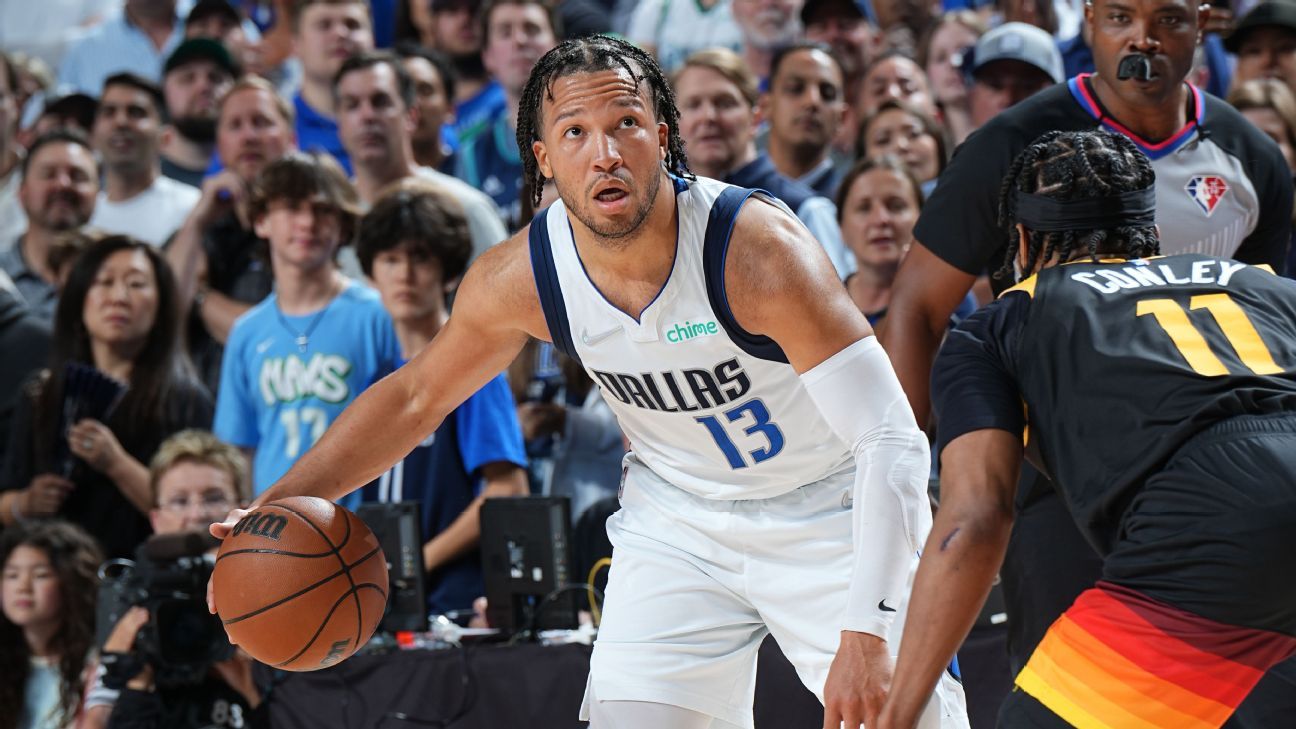 No matter how far the Mavs go this NBA postseason, Jalen Brunson's career is a few months away from reaching new heights.

Do we need more guards though?

If we can get a Miles Turner for Terry, that would be perfect. Although, I’m not sure how much I want to pay him. Dont really want to pay a premium

No way I trade Terry for Brunson . For one Terry is the better player. If I am trading Terry for a s/g he has got to be over 6.1 . Lavine type fits that much better.

I would be shocked if one or both of these picks aren’t traded in some capacity. We already have plenty of developmental players. Thor, Kai, Bouknight.

Regardless, I hope to feel as good about the hornets draft as the panthers first round. For hopefully the last time for the next 10 years I can say, “but can he play left tackle”.

Anyways, back to basketball.

If the Panthers finally figured out the left tackle after all these years, then it must mean the hornets are about to figure out the center position finally.

Like Mark Williams, a decade ago a top 10 pick. And while much better than Nick and fit in that 2nd round roster changeover. But Taking chances on not “modern” Vernon & Nick in 2nd round one thing, at 13/15? A year after Kai at #19 (who after early reservations and kids horrible play, grown a lot, IMO not only ahead of Nick now IMO and will get us big minutes in 2023-24 at center…and hey I’m not a complete homer softie…not having greatest feels for Bouknight)

unless New coach demanding Marco Belinelli type straight up, Mitch player and cap dumps might not be swing for fences, but expect Mitch get player and picks back at need positions. One of many core possible…

My preference this off season is to get veterans who can defend and either lead both by example and directing others on the court.

I’d be fine to use both our picks (though would love to trade one for a future first) as well as Ubre & Mason’s contracts, GH and either Terry or Bouknight. We should also work out if we’re going to resign PJ or not and explore options if not.
A genuine starting C and a 3&D Guard are the minimum additions. I’d add in a vet PF too as I’d love a Guard we can put on the opponents best Guard and a Forward who can guard their best Forward. If we can somehow sign those three players, we’ll have a roster who should make some serious noise.

If the panthers actually figure out LT after basically a decade of revolving doors, there should be a fucking parade right through uptown charlotte. An epic fucking parade.

Fuck the parade, let’s bring full on Mardi Gras to charlotte. A whole week of parades.

I want Christian Braun with one of our picks! He can get buckets!

I’d trade one of the picks for Cole Anthony, think he’d be the perfect back up PG/6th Man

I like trading both the 13th and 15th pick to rid ourselves of Gordon Hayward’s contract. Picks plus a sign and trade for Mo Bamba. I could see Bamba signing a deal in the neighborhood of 15 million per year. Wendell Carter Jr. got a 4yrs/50mil deal. I could see something similar for Bamba.

Geez dude… I don’t want to get rid of Hayward that bad. Ha

but the only thing i want more than getting rid of Hayward is acquiring mo bamba. this trade is my fantasy.