If this were the case why is Triano in Sac?

If we are the bottom of the league in assistant coach salaries, that should be well enough reason to take an offer at a better paying gig. And this has been reported for years now that while our head coach pay is not terribly off, our assistant coach pool is one of if not the worst in the NBA. The comparison example last head coaching hire round was ORL. They paid roughly the same as would for HC hires but dwarfed us in pay for assistants which made it far easier to recruit (assistants) as an incoming head coach.

But, even if you don’t buy that argument (or maybe SAC is equal to us in poor pay), why stay in a job where you might not be wanted by the incoming coach who is still TBD. And with only one guaranteed year left on salary, if SAC is even paying the same but a) you know the coach you are working with and b) you get a 3-4 year deal, why wouldn’t you take it?

I personally don’t give a shit about the assistant coaching issue. Any of it.

I don’t believe this for a second

Can you tell us what the hell is going on, Sounds like management has lost it completely. Can you help us off the cliff.
Founding thanks

The thing I try to remember, to keep myself calm, is nothing that has been reported has come from the Hornets. Secondly, the only thing we know to be true is that KA backed out after completing 3 interviews and agreeing to terms. Everything else is speculation and noise.

I personally don’t give a shit about the assistant coaching issue. Any of it.

Players who want to win care - all of them.

I agree with that.

But that we are one of the lower-pay assistant coach destinations isn’t coming out of the blue. This was written about we hired JB and it didn’t garner challenges then. The pool might not be the issue as we do tend to have a good number on staff from what I noticed when researching available assistants this go round.

The interviewing current staff seems normal. I doubt a coach must hire them. However I can believe we’d prefer them to be considered seeing that we’re paying them a year anyway.

me either. i think a lot of this unfounded stuff is coming from the atkinson/GS camp trying to do damage control. I call bullshit

Steve Clifford…Mitch admitted he didn’t feel he was ready to be a head coach at the time when he was an assistant with the Lakers.

Looking back we know the devil he is, maybe it’s better to dance with the one you know than the one you don’t?

Anyone have a Stein subscription? 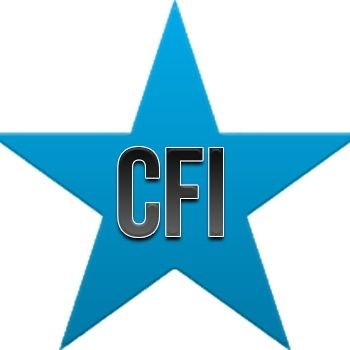 Maybe as a defensive coordinator to D’Antoni then maybe it might not be so bad?

“Maybe the most surprising scenario to cross my desk so far this week comes from the coaching front. There is some serious mounting buzz that former Hornets coach Steve Clifford, who already coached in Charlotte for five seasons and took Michael Jordan’s team to the playoffs twice, has emerged as a candidate to make a return to the Queen City as Jordan scrambles to fill the massive void on his bench following Kenny Atkinson’s shock decision to stay in Golden State as an assistant. Mike D’Antoni, Charlotte’s only other known finalist before it struck a deal with Atkinson, was scheduled to meet with Jordan this week. I reported earlier this week that the Hornets remain expected to hire a successor to James Borrego who has prior head coaching experience. Clifford was a coaching consultant to Steve Nash in Brooklyn this season after a three-season stint (with two playoff appearances) coaching Orlando”

When I think of developing young players, Steve Clifford immediately comes to mind.

Ok, I’m generally a realist who shades on the side of being optimistic (at first*). I like Uncle Cliffy, solid coach, solid guy. But the last guy I’d pick to bring our young players into the modern era of basketball. Van Gundy style of ball doesn’t work. This will be the biggest white flag waving, egg on your face, hat in hand, shuffling to the back of the line Horneting move ever. Until the next one…

That blurb does not read as head coach for sure, but he left it very vague which is weird.

We would not bring back Cliff as head coach for this roster. Can’t see it. Would be great as lead assistant

Yeah Bouk would NEVER see the light of day under Steve. Heck he would probably get kicked off the team after the 1st practice - high school style. It’s back to our Bobcat days fellas!!!

While we are at it, can we bring back Josh McRoberts too?

We’d have good defense… but I can’t wait to have Jason Maxiel… Lol Cliff loved that guy.