Hmmm… maybe Brad Stevens getting that coaching itch to come back. Come on down Brad, the Celtics are in good hands now.

According to a league source, the Sacramento Kings narrowed their list of potential head coaching candidates from seven to three Saturday afternoon. General manger Monte McNair will press forward with a list that includes Mark Jackson, Steve Clifford and Mike Brown, and the remaining four candidates have been informed that they are no longer in the running.

McNair and his staff held interviews via Zoom this week for round one of their coaching search and hope to either bring in or travel to the finalists this week for in person meetings.

Not making the final cut was veteran Mike D’Antoni, as well three up and coming assistant coaches in Milwaukee’s Darvin Ham and Charles Lee, and Boston’s Will Hardy.

I don’t get the interest in Jackson but good luck to them.

They should hire Clifford if there intent is the 6th seed and a functional professional team. He is really really good at that

I saw that Mark Jackson is “rising up our list”.

I would think our roster and situation may be a little more attractive for him but Kings will cut a bigger check and he wants to be in Cali.

Also, wouldn’t be surprised if Kings get Mike Brown. I wouldn’t mind giving him a shot myself.

Mark Jackson is a horrible coach.

Rod Boone put out an article today that basically list some names of interest/fit and that includes Darvin Ham, Mark Jackson, Sam Cassell.

Thats as close as we have gotten to a “list”.

As far as Jackson, I have seen some things recently to suggest that Jackson may have gotten a bit of a bad rap. The Steph/Draymond interview was interesting.

I have a lot of concerns about him as a HC with him still not amassing any coaching experience outside of the three years in GSW.

[Stein] “The Hornets, league sources say, would have interest in Snyder if he indeed parts ways with the Jazz following Utah’s third first-round exit in the past four seasons. Very little, beyond that, has seeped out yet about Charlotte’s search. Snyder is expected to meet with Utah-based reporters as early as this week for his annual end-of-season news conference after Jazz general manager Justin Zanik said Friday that there is “no other partner” he would rather have.”

With only a few openings so far and two teams moving deliberately in their searches, it has been a quieter spring than usual on the NBA coaching front

Just what kind of playing time did he get that would give you that impression?

Steph Curry and Draymond Green vouch for him. In my opinion that holds quite a bit of weight. The Kings brass seems to agree. I agree with all of them.

People can grow and adapt and learn from their mistakes. It is not like he lost his job because the team did not win or worse, he broke any laws. Him and those in the front office batted heads. Nobody who was not there can know the whole truth anyway. I think he has paid long enough for peoples perception about him. If players and coaches in pro sports who have done worse can get another chance than Mark Jackson deserves that as well.

Steph Curry and Draymond Green liked and respected Mark Jackson and in my opinion that holds more weight than anybody in GS’s front office has said about him.

All I know is there was a time when Mark Jackson called Steph and Klay the greatest shooting backcourt of all time and people laughed him out of the room. He was right.

He also identified Draymond as a Point-Forward as a rookie.

What works against him however is a lack of any coaching outside of that one 3 year stint. IMO, that’s what makes him a riskier proposal than the field.

Not a fan of Mark Jackson the broadcaster. Don’t know much about his coaching. Don’t recall any problems he has had, seems like a good guy. I would probably be disappointed if the Hornets hired him as coach. However, I think he would be a good fit with the Kings. If nothing else, that organization needs some stability. I think Mark Jackson can provide that. May not win championships there, but gotta crawl before you can walk.

But here’s the thing (and please correct me if I’m wrong) at the time, Steph and Draymond did not look favorably on him. He didn’t lose the ownership he lost the locker room. I belyi am remembering that correctly 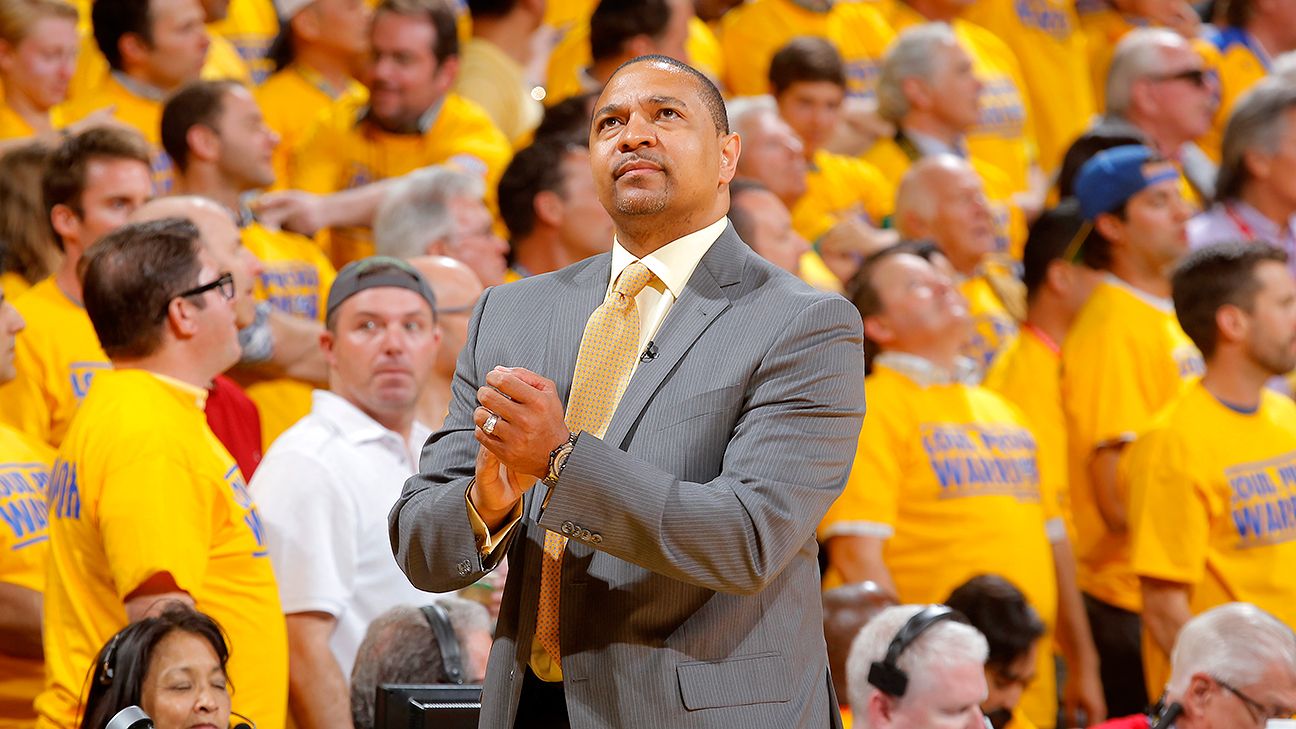 Jackson out after 3 years as Warriors coach

It’s more nuanced that he was good or bad. Thing I remember best was the oddity of assistants leaving in large numbers.

I don’t pretend to know a lot about all the coaches being mentioned as possibilities, but Kenny Atkinson continues to stand out for me.

He’s a former PG, seemed to get real buy-in from his Nets roster and got them performing well and to their strengths. He also doesn’t talk in clichéd coach speak … comes across as a genuine guy with a competitive nature. Just ticks all the boxes.