No one will offer him a max deal, I am sure of it.

ah gotcha. I wasn’t sure of the dates for some of this stuff. I guess we’ll know more Thursday and onwards.

Pacers are ones to watch

that’s true. i keep forgetting about indiana. I think they absolutely robbed the Kings. Tyrese Haliburton is the truth and will be a great player for a long time.

Mitch straight up said in the press conference that we are going to bring Miles back haha.

Pacers, don’t you dare offer him a deal

That had, had, had to be a verbal typo. Maybe he was riding high in his apartment humor but there’s no way he meant that to come out as-was. Do hope that means that they are absolutely committed to it though.

If that number you had above was INDs top first year, we are ok with that. It’s easy to beat and easy to match I’d think without breaking the bank.

He said those exact words after saying “not sure how much I can talk about it due to league rules”. LOL

I read it as a message to the league haha 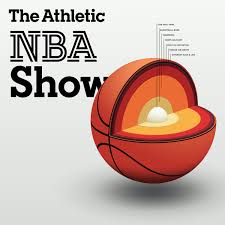 (Recorded prior to Kyrie Irving news per Shams Charania) On this week’s Tampering, the guys break down the latest on the Kyrie Irving/Kevin Durant front in Brooklyn, discuss the ripple effect on the rest of the NBA’s offseason business and make the...

At the 38:15 minute point, a reasonable outside view of our current situation.

SOP by the bye. Process requirement but nothing exceptional.

I hope to dear GOD that this is true!

I just see no reason why we wouldn’t resign him. I don’t see this as a Kemba situation as he is way younger than Kemba was…. Unless someone offers him something ridiculous… which I don’t see happening.

You mean Miles? I can’t fathom why we don’t. Hate that we didn’t get this done when he was probably 20m cheaper overall but alas here we are.

I am very confident that he could have been had for 4/90 last year when we offered 4/60. That Mikal Bridges deal, IMO led to our offer being considered even lower than we initally thought. Again, my opinion.

People keep saying this. Like it’s the Hornets organization’s fault. And I don’t see it that way.

From the Miles Bridges and his camp’s standpoint: why sign early for potentially less money that he could get during this off season? So yeah, what if Miles signed a cheaper deal last year but then balled the fuck out and made an All Star team this past season? Which would’ve actually put him into the potential max deal echelon. Doesn’t make sense for him to sign early and potentially lose money.

You just said it yourself. “Probably 20m cheaper”. Why would Miles do that?

In fact, didn’t Miles turn down a 4/60 deal and then negotiations stopped shortly afterwards? I think that’s pretty clear that Miles wanted to ball out this season to try to earn a max contract (or near max contract) during this off season.

ou just said it yourself. “Probably 20m cheaper”. Why would Miles do that?

Why he would take it? Because it would have been an offer equal to the Mikal Bridges deal. That was the price point for the body of work. Miles wouldn’t have been SOL, he’d be on a 4-year extension paying 91m and would be a 21m hit to us next year. He’s also be hedging against injury last year and locking in life-changing wealth.

Why would we? While we can hit that same 21m mark year 1 - with him on a 5 year deal that takes him around 125m w/ max raises - but that’s going to hurt us more in year 5 in both total payout and max annual salaries in years 4 and 5. Realistically, we’re spending at least 20m more on him overall this way. If we want to maximize years w/ him under contract, then cool but I don’t find anything we do to be that strategic.

On 610 this morning Mitch said Bridges would be playing with us this season.

I’ll disagree with you. That’s a one in a lifetime opportunity: putting yourself in position for a max contract deal in the NBA.