I was just looking at that. The flip is PJ Tucker has scored 0 and had 2 TOs and Cousins has only had 9 points in 25 minutes. He’s at least not letting the other guys get much.

Last time we had back to back blowout wins? Anyone? Love it!

And it’s over, was fun for a bit

but that Cody pass was one of the worst I’ve ever seen. StrongSad.

GG
Love seeing Monk continuing to make great contributions, Bridges playing huge off the bench, and Melo in the triple double hunt along with 7 threes. I know it was a short-handed Rockets team, but still did a lot of great things.

Just need to get some consistency from Washington and Te healthy, and we might be able to make a little noise in the playoffs.

“If you look up, Melo will find you.”

Such a fun team! 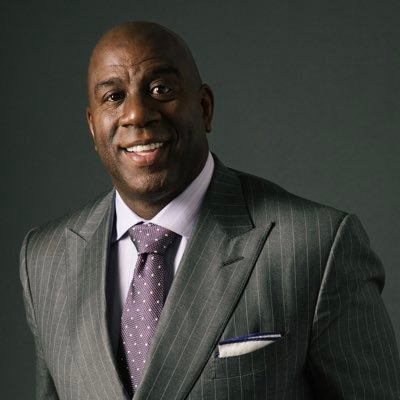 I enjoyed watching the Charlotte Hornets tonight. They are one of the most exciting teams in the @NBA!
5 Likes
GeraldWallaceMVP February 9, 2021, 2:50am #30

The leading candidate for Rookie of the Year, LaMelo Ball, had 24 points, 10 assists, 7 rebounds in Charlotte’s 119-94 win over Houston! 🔥

Couple of good games and blowouts without Graham…

If the ellipsis is meant as suggestive, playing WAS, and HOU minus 60% of their starters is a much greater contributor to the combined 49+ points than playing without Devonte’.

Watch out, magic knows what he is doing.

They all think he will jet after a few years

Lol, only took 25 games before people are expecting our -superstar- player to leave. Gotta love being a small market NBA team…

Lol, only took 25 games before people are expecting our -superstar- player to leave. Gotta love being a small market NBA team…

Whats funny is with Melo and Terry and even Bridges and Devontae scoring, Nic probably would’ve fit in and played pretty well with the group. But I’m taking Gordon 100 times over 100 over Nic’s 8 assists and 2 shots per game.

Look, if we can pay money for an extra Martin brother, we can easily replace one of them (Cody) with LiAngelo and not notice a difference.

Yeah, I think we always have visions of grand things happening with our trade chips, but in many cases their value is vastly overstated. Having a calming hand that is relatively consistent in GH has made it a lot easier for our youngsters to build confidence and reliability in each other.

They all think he will jet after a few years

hayward was huge. i have to admit, i failed to see this during the summer. without him (sub in batum) this team would be languishing and melo would certainly be developing some pretty bad habits. gordon is 100% the stabilizing force. there were multiple possessions last night where gordon iso’s and mid ranges saved the hornets from long stretches of ymca ball. batum was averaging about 5 shots per game last year. (don’t get me going on him)

founding: i hear you but i think the better approach is to keep his current friends on the team. namely miles, monk (if cheap) and caleb. the hard choice is going to be devonte. i would talk with devonte about getting paid but being a 6th man and 3rd guard in the 3 guard lineup.

most importantly is to build a competent team that makes it really hard for him to want to leave but at the same time not letting him make personnel decisions. i feel like that is always a losing hand. i would stand firm that we are going to build a winner around you but you do your job and let us do ours. if you lose him, so be it.