Who saw that coming? Not me!

I think we still go 2 out of the next 3. After the second game at PHI I’ll reevaluate.

Miles and PJ are the biggest difference this year besides adding Hayward. Those two (I know PJ started off bad but I can tell he’s a lot better) have taken major steps forward. IMO, this is a playoff caliber team right now. 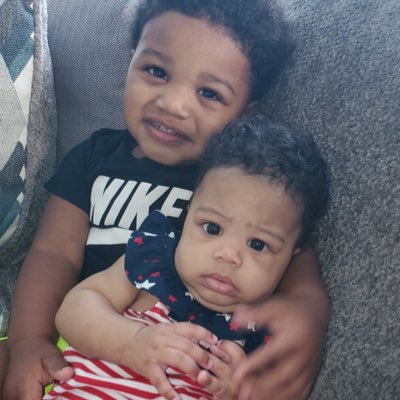 I think my boy @MELOD1P should’ve got it 💪🏽 damn near trip dub https://t.co/aMy4mwIp6H

If miles three ball stays somewhat consistent (he is literally nba jam on fire right now), I will 100% reverse course on my opinion of what the hornets should do with him. He is playing really well.

Ball’s 3 pt set shot is surprisingly consistent (right now) but he still absolutey must fix his form. He can’t get a shot off unless he is set shot wide open. I know it is a work in progress, I just hope he doesn’t equate results of catch and shoot with not needing to work on mechanics

I think that I don’t mind his mechanics at the moment because I don’t think he needs to be Ray Allen or Reggie Miller bombing in people’s faces from 3. If he plays the game such that he’s making things happen for others but makes team pay for giving him space, then I think he’ll be fine.

Obviously, if he can adjust his mechanics and be more successful, that would be a great thing. But much of a shooter’s success is consistency and confidence. I’d rather him be confident in that chest-pass shot than lose confidence. Given what I understand in-season practices to be, I also don’t think he begins to address this until summer. There are too many other things to work on.

The problem with his mechanics is there is no way he can get off pullups or contested shots. He puts the ball directly in the opponents hands. He knows it too which is why he doesn’t shoot in traffic. He also effectively makes himself 6ft tall by shooting from his chest.

I may be in the minority here but right now his shot isn’t one of my top concerns this year. 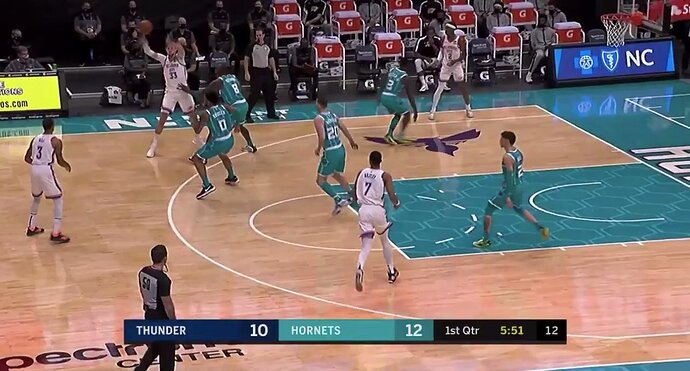 LaMelo Ball with a little bit of burst on this transition grab-and-go finish, drives by George hill for the layup. Switches to his left hand in midair, too. https://t.co/r9NBvtTYWt

He’s a 6’8 point guard, in a few years if he adds 20-30lbs of muscle and can become great at driving to the hoop he’ll be a special player even if still shoots like Russell Westbrook

the floaters are because he doesn’t feel comfortable pulling up and shooting it.

So anyone get an idea of what exactly happened with the Martins and James Johnson? 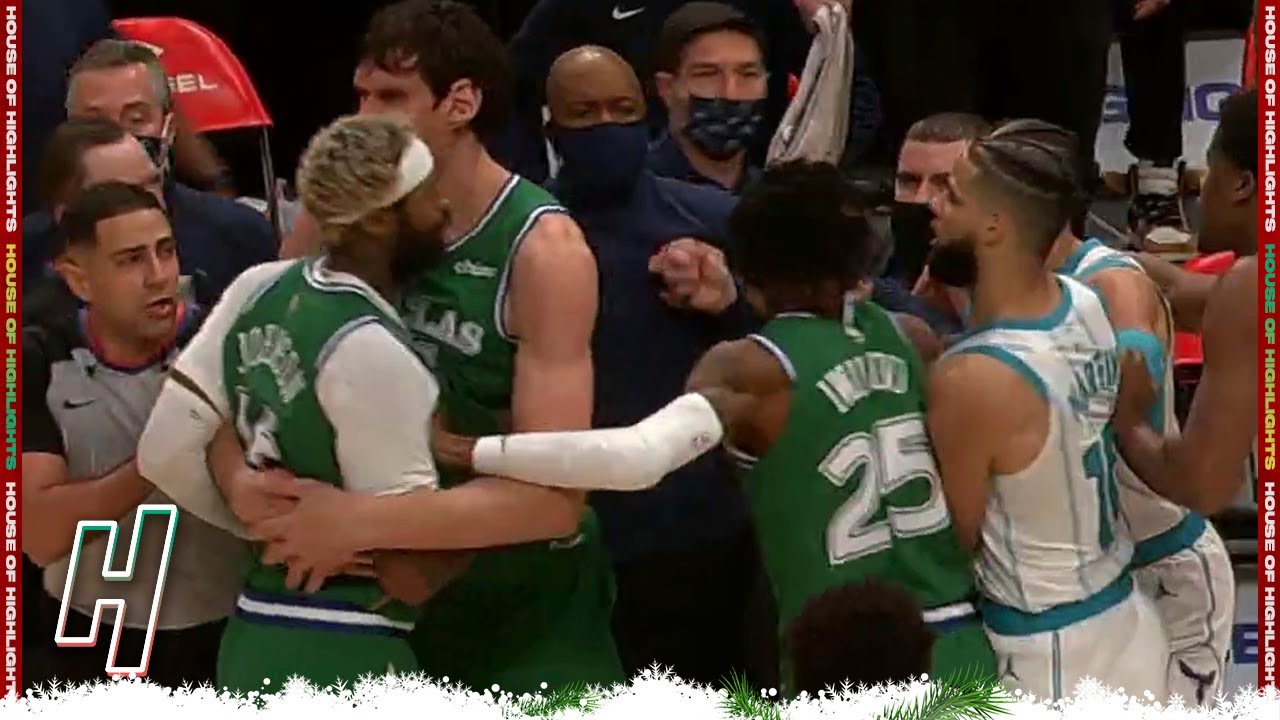 Video shows JJ shoving Martin #1 off the court well away from any action as both teams were transitioning up court. Martin #2 came in to verbally defend his brother.

i imagine it would take both to win that fight.

Is there any way to watch this team on my television without purchasing a freaking satellite dish?

If you have a smart TV, depending on how smart, you may be able to run through a VPN and stream League Pass I’d think.

And just cast to my roku? Guess that makes sense

I usually use my ps4, but that would work too. I’ll message you a really good site

I have spectrum cable, fox sports channels, we get the Hawks, can’t get Hornets. 5 hours from ATL, 3.5 from CLT, go figure. Bought league pass for Hornets games only last year. This year, we can only stream on 1 device at a time. Last year we could stream on multiple devices. Nba is making it harder to view their product during a pandemic when fans can’t go to games. BTW, no price reduction for league pass either, and the new nba app won’t work on my ps3