If you hadn’t have put Duren as our pick at #13, I’d do that trade in a heartbeat!

Duren aside, if all it took was #13, Plumlee and that was the contract Bamba would sign … you just can’t say no.

The ultimate off season move would be to trade Gordon for Miles Turner and TJ McConnell or Buddy Heild. The salaries workout and we would fix two gigantic roster problems (C, backup PG or shooter) w one trade. The Pacers would get a hometown hero to sell tickets while their team sucks for the next three years. The Pacers would rid themselves of a TERRIBLE contract (Buddy or TJ). Gordo and his wife get to end their NBA careers in their home state. Everybody wins.

It won’t work because the Pacers would probably also ask for BOTH of our 1st round picks this year, Bouknight or Kai AND our first round pick for next year. So we might just be better off trying to get a shooter in free agency and a C in the draft. Not sure how we get around Gordon’s 30 million a year salary. We might be better off sticking with Gordo for one more year before trying to trade him. Gordon is a shooter he’s just not back to his form.

Over the last two seasons, Myles Turner has played 89 games, Brogdon has played in 92, Gordon played 93. If we have health concerns about what we have in Hayward, I’m not convinced a combo of Brogdon and Turner is an answer. If we do trade for Turner, I’d assume we have to keep Plumlee for insurance.

Watching the playoffs, it’s alarming to see the vast difference in intensity and power in these teams compared to the Hornets recent play-in. Well, except for the TWolves. They’re very Hornety.

I don’t know if the problem is staff, players or just youth; but it’s a serious problem. They quit in the 3rd quarter of that game. That’s not excusable on any level of serious sports. Something needs to give.

LaMelo, PJ and Miles need to step up and become real leaders, not fake ones. In LaMelo’s case, I don’t know if he’ll get there with this staff. I’m pretty much over everyone else except for hope that Kai and Thor are unleashed next season. Not getting my hopes up though. Predicting they settle for middling transactions - extended mediocrity. 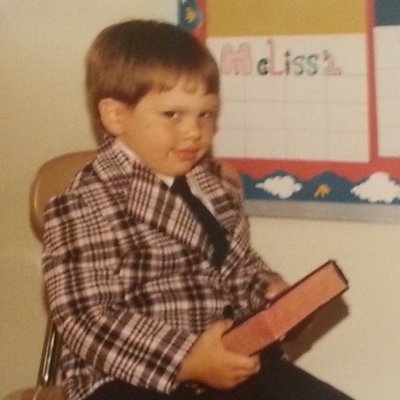 @ChrisVernonShow
can only hope they learn. you will get smacked in playoffs vs good teams. you have to keep your head. every team that has ever accomplished anything learned to how not lose their mind within a game when things go all wrong. the grizzlies haven’t yet.

This is Chris fretting over the Grizzlies getting stomped on by the Wolves in the 3rd last night. They were down by 25.

The Grizzlies won the game.

LaMelo, PJ and Miles need to step up and become real leaders, not fake ones.

I don’t see LaMelo as a leader. I just don’t think that’s his nature. He has the most wonderful mindset, where he wants to go out there, express himself and have fun. He leads the offence by virtue of being the PG, but I think putting him into a leadership role would be to his, and the team’s, detriment.

We need a defensive dog who will lead, hold players to account for effort, rotations on D etc. I don’t see that personality/skill set on our roster currently.

cosign this assessment completely. That’s not a knock on Melo in my eyes, it’s just a matter of mindsets.

@greensboroswarm
Next up, we’re giving away a shiny, gold Swarm ball for Fan Appreciation!! ✨ ✍️: https://t.co/7szqyPkDu5

Not sure why this seems so " hey look! Shiny thing" other than it literally is lol

I don’t see LaMelo as a leader. I just don’t think that’s his nature. He has the most wonderful mindset, where he wants to go out there, express himself and have fun. He leads the offence by virtue of being the PG, but I think putting him into a leadership role would be to his, and the team’s, detriment.

cosign this assessment completely. That’s not a knock on Melo in my eyes, it’s just a matter of mindsets.

I think I understand what you’re saying, but I don’t think it’s binary. Melo is a leader, but a team can have multiple leaders with different leadership styles. He’s not a get in your face kind of guy, and maybe always being the youngest on every team he’s played for, he’s used to staying in his lane and not telling older players what to do or call them out.

But I kinda compare it with Steph. He’s not an in your face leader either, but he definitely is a strong one. Having Draymond being the lead vocal guy helps tremendously, and I think that’s where you guys are coming from in being able to get someone to command a locker room and hold people accountable when needed.

I was happy to see Miles start to grow into that role. He definitely stepped up vocally at many times. I think with his new contract, as well as getting closer to that all star level, his voice will carry more weight and even help amplify Melo when needed.

We don’t need a draymond per se, as not many of those exist. But I think a strong veteran voice that’s gone through it will really help. I think having multiple leaders is probably better than having one dominant voice, especially when your top dog is more chill and leads by example.

But I kinda compare it with Steph. He’s not an in your face leader either, but he definitely is a strong one. Having Draymond being the lead vocal guy helps tremendously, and I think that’s where you guys are coming from in being able to get someone to command a locker room and hold people accountable when needed

Yep, exactly this (for me at least).

Ball runs the Offence and will, as he continues to grow into the league, be more vocal with the guys around screen setting, off-ball movement and running plays etc. I’m assuming he will hold others to account on Offence as he matures.

But that’s where, for me at least, it ends with him as he isn’t going to be setting the standards required on D either in terms of effort, close outs or rotations, thus he can’t lead that aspect of things or, indeed, off-court behaviour … which is fine. He’s a kid who’s having fun, whether on the court or off it, and good on him for that. I love his energy/vibe, and I didn’t think I would.

We need another Marvin Williams type IMHO, an experienced vet who can run our Defence, set the standards there, as well in terms of all-round professionalism, and is therefore able to demand the same of the others. Much, as you stated, Draymond does for GS.

I could see Bridges taking on that role. We saw flashes last season. Terry could become that person all so. All three need to take the reins and the others will fall in line. Terry filled that role some last summer.

Anybody thinking we should go after JamesWiseman? Golden State is definitely in a win now mode and their cap space for next season is tight. Plumlees salary matches up and we have all these draft picks to offer. Plus they can waive Mason without any cost. I think his injury history is mostly behind him and GS will want a vet.

The thought has crossed my mind… I’m just not sure if it is a good thought or not.

Petty interesting discussion on Hardwood Knocks around the price [they’d pay] for Rudy Gobert to the Hornets, which they pegged at the 2nd best fit in the NBA (2nd only to DAL) out of 15 deals. They priced it at [we should be] willing to give up both FRPs + future FRP + PJ (even threw in Kai as well later IIRC) and they think that there’s no mortgaging the future outside of moving Ball.

I tend to disagree w/ how much they are willing to part with, but I do appreciate the view that we’re such a high degree of fit for Rudy. To me, if you pull in Gobert and don’t address a dogged perimeter defender (someone much stronger than Jalen or Cody in that role), you are just recreating the Utah situation and not sure why you’d expect any different result.

That would be a Hell No for me giving up allll that for the opportunity to pay Gobert $46M for the next several years.

I was thinking about him as well.

My personal opinion , I don’t ever want another high paid Frenchman on our roster. We have been burned twice by Diaw and Batum

Can we agree than locking up 80-90 million in cap space for the next three years of Hayward, Terry, and Miles bridges doesn’t feel great? Sorry folks, but we’re going to have to give up assets to trade Hayward. Borderline untradeable.

Here’s a dream of mine. Trade for Anthony Davis. Sign and trade Miles and ship him to the lakers.

Not really interested in Anthony Davis unless i’s for Hayward or maybe Terry. 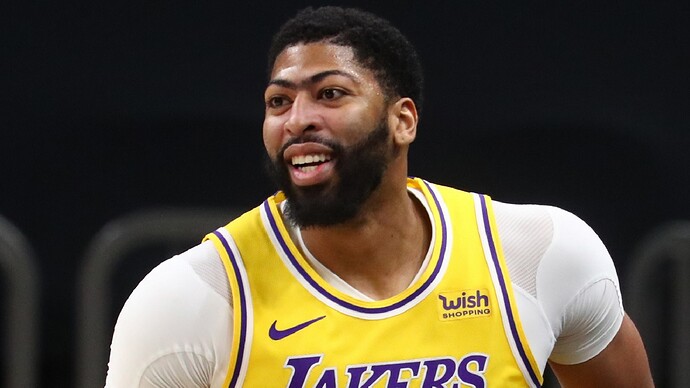