Seems that PG Plumlee is back.

Is this televised anywhere?

I know I’m not watching but how can Nick have 3 fouls in 5 mins and be a -10 and Cliff thinks even after Sunday that he’s the best front court player we have. This feels like Jason Maxiel ver. 2.

We make Indiana look like they have improved their defense 5x over the summer. On the contrary, our offense is terrible. We are not the same fun team from last year thus far.

I can’t watch this game but based on the early score it appears I’m not missing anything. Hopefully it is just preseason issues due to a new coach and adjusting to missing Miles Bridges. I fear out season will be over by the first 20 games.

This is 26 minutes in, i do think we are playing Clifford offense, and JB defense. 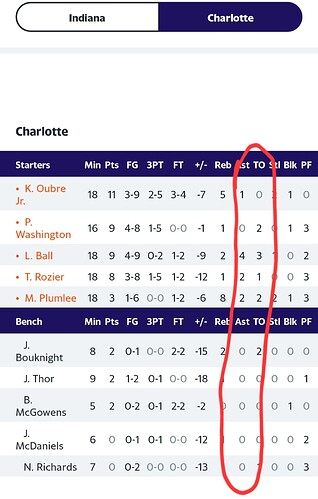 We got within 9 points and then the Pacers took back total control of the game. I fear this season will be over very quickly!

For anyone watching, is Bouk as bad on the screen as he appears via stats? We were within 10 before he subbed in like 3-4 game minutes ago.

Based on what you guys are reporting and this past summer + my general disinterest in the current NBA product. I may just bag the entire season and watch the hurricanes again this year.

Bouk is bound to have some growing pains. I think he will be best suited to earning his way back to the NBA via the G-League!

McGalwens scored 9 points in less that half the playing time . BOUK had 4 points ,Richards 4 points both with around a -20 per Melo was even in playing point for them . Kai should be our back up center or even Williams . Our starters played close . But the bench suked except a few bright spots

Something’s really off with the team. Not sure if its just pre-season rust but something’s definitely not right. 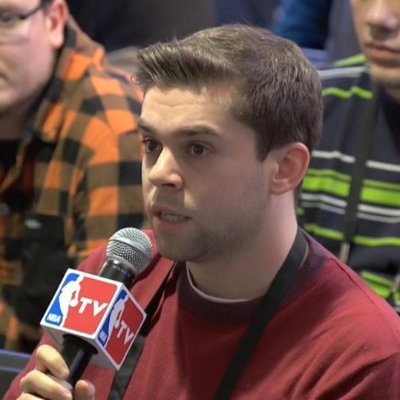 @British_Buzz
Clifford on Bouknight "I'm high on him, listen, you can say it, It's been a struggle for him these first two games... He has real talent, I'm saying starters talent" https://t.co/1xMfyxFxQV 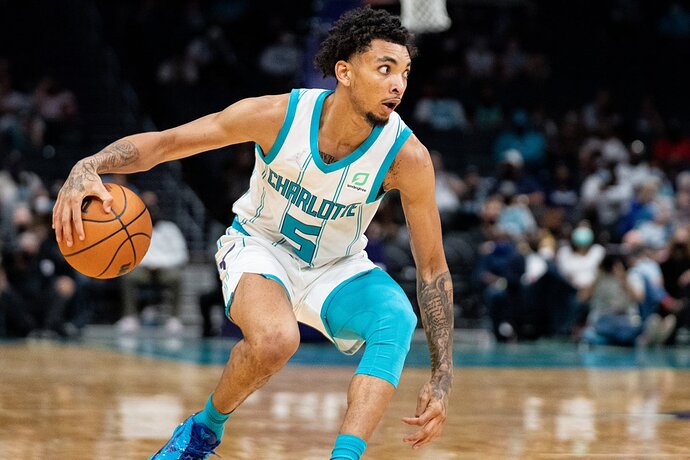 We got blown out by 70 last year in the preseason, I’m not gonna overreact too much

Just a bit worried, but fair point. I just hope the play better as we approach the real games

Kai and Williams showed me a bit more than Richards, Hell we still have not played Kai at the 5 like AT ALL.

Is Nick Richards the new Jason Maxiell? In this column we would…. Lol kidding aside I hope Cliff won’t be stubborn with line up adjustments.

This season was over before it started