Great team basketball. That 2nd half was a clinic!

Good win. Hopefully they could sustain tomorrow versus the Hawks. It starting to become obvious that we need to put LaMelo in the clutch, might be at the expense of Graham or Rozier. I like the Melo/Graham backcourt more though

Y’all see Biz shoving Melo at the end of the game. They were just joking around right?.. Right?

I didn’t see it, but I’m guessing it would be in the “you a bad man” kind of way.

Might just be a playful scene. Biz has been mentoring LaMelo based on recent articles right?

Awesome to get this win! We could really use some quality size/length on the squad. We’re almost forced to be hot shooting because we struggle defensively and offensively against size/length. Really helps to have Miles/Graham be on or have Rozier/Hayward go OFF otherwise it just looks rough at times. What a wild ride this team is… 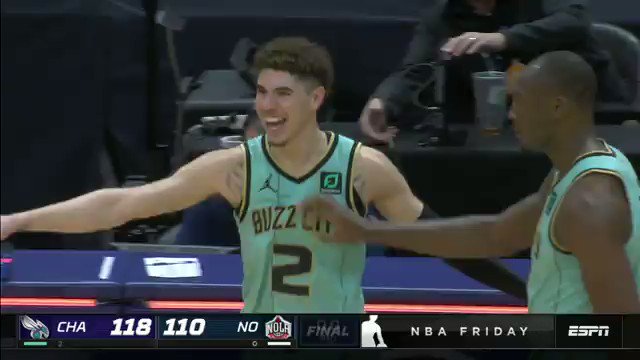 Biz looked mad here, might be because of that pass towards the end of the game. https://t.co/GLLMkq6zRn 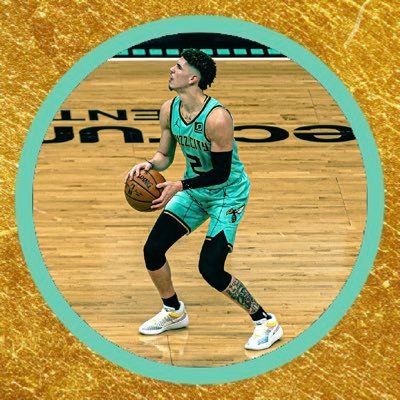 Yes it was Coach!

Coach B deserves a little credit too

Yes, second half was great!
We have the better Ball…

Melo made the right pass, Mikes was wide open and was clapping for ball.

Made that shot all night. Melo was contested and so the f what… wanted a TD.

I thought so too. Miles had time to get the shot off, had he kept his feet set (not blaming Miles at all here) it would have been considered a good look. Miles was draining shots from that corner all night and Melo’s threes were coming up short. But yeah, no point in making a big deal out of this

Nah, think Biz was taking him to task about the silly no-win pass to Miles for an assist when he had an open three. If you watch in real time, Monk got into him pretty strong in the next time out, after it happened. I think LaMelo’s soberness in the post-game with Dell and Ash, the moving on to the next game stuff reflected message received.

Potato, think that’s a reach brother. LaMelo had a clean look, the pass was the wrong play there.

Not a biggie, young man is a badass and he plays like he belongs. He’s only going to get better from teammates holding him to account. He’s a star but doesn’t mean he’s can’t learn.

He passed knowing the stats but was still right decision in my opinion.

That was definitely not joking. Ball actually got his hands ready as an instinct.

Of course i fell asleep right before the game and forgot to record it. How many times have the Hornets (in recent memory) come from behind and actually win in a nationally televised game?

So it looks like LaMelo was trying to get the 10th assist and that’s why Biz was acting all insulted? Please tell me that’s not the case!

First, dude. national tv. 2nd why the hell wouldn’t we want him to get that triple double? We of course want to win and on the court that should be the main focus, but it’s just like a no hitter in baseball.

And I gotta say. Biz being the one calling him out strikes me as…ironic.

From what i’ve read it’s still not a fact that was what he was doing anyway.

With that being said, Biz needs to work on not catching balls with his face instead of getting on Melo for passing to the hot hand.

This is true. Biz is a triple double destroyer.

However, as a parent, I 100% approve of what he did. Melo is like the kid you have who is insanely gifted but egotistical and you constantly have to show him the way. Sometimes it is correcting in the midst of him succeeding because you that if you don’t it will go straight to his head and ultimately form bad behaviors.

Now of course in this situation they are pro basketball players, so it is absolutely crucial to pick your spots, praise whenever you can and stick up for him at all costs.