Welcome to the Hornets - or Swarm. Sounds like he’s going to need some work on game and body but projects well. Assume he’s going to get more mail in GSO than CLT. 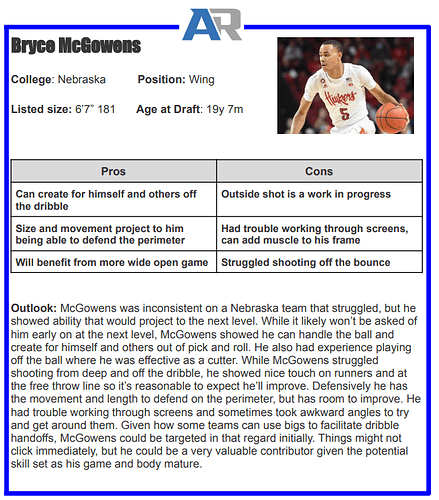 NBA.com lists him as a SG!

Seems to me that this is part of the “so long Bouk” trade package. We drafted a potential replacement for Bouk and this should force him to get his crap together or else!

They announced him as a 2-way contact last night. That doesn’t feel like it’s got a lot of immediate pressure on any player under full contract today.

Whatever, best wishes in your career dude. See you in Greensboro.

If they gave him a two way then is Scottie losing his? What about Gelo - does he get the other two way? Is Kulboka on his way out? Things are happening.

I highly doubt Gelo gets a two-way. He did not look good to me in Drew League. He will probably keep his roster spot in Swarm tho.

Gelo isn’t on a two way.

I still had the Ringer’s mock draft tab open, cause I may have a problem closing tabs.

But good news! He was actually pick 22 in their draft. I’m wondering if Mitch was fine with whatever at 45 until he saw McGowens falling. Here’s their blurb of his strengths:

Tremendous upside if he improves his overall fundamentals because of his dynamic scoring ability.

Since passing is contagious, and we have a very pass happy, unselfish team, I have a good feeling it will rub off on him. He also shot 83% from the line and has good touch, so those are good ingredients to developing into a good 3 point shooter.

Excellent idea and that’s great news! I didn’t think to look him up on the big boards. We were aggressive in getting him for a specific reason. Here are some of the other rankings:

I am hoping and praying that he’s good enough to be a back-up point guard. We tried Bouk at the 1 so it plausible that this kid can try out for PG duties too. If so then this draft was a 100x BETTER than I thought!

Things may have broke our way more then we know!!!

Bryce is a good pick. Good player & good value. I wonder if he has the capability to run the point on our second unit, in addition to being a versatile wing when he breaks into the rotation?

I’m wondering how much of the “local guy” factored in beyond just staff familiarity with McGowens. If the idea is that you’ve got to grow a kid, does it make you feel better knowing that he’s from the area and maybe more comfortable patiently developing here than bringing in a kid not from here who may decide it’s not worth it? (At least, if he’s got professional opportunities elsewhere.)

Probably overthinking it, but just wondering.

I want to see what Thor, Kai and Bouknight have been up to. Plus I want to see Mark and Bryce against NBA competition. I want see if Bryce can be a PG. Heck I’m excited about Bradly Manek.

I am telling you right now I want Bradly signed to the Swarm!

I am hoping that Thor and Kai are competent enough for a bench spot this year.

He was easily Charlotte’s best player, and outside of Bennedict Mathurin (who was the sixth-overall pick in the draft), he was probably the best player on the court…Charlotte has some open roster spots, and McGowens looks more than deserving of one…With no other standout point guard on the roster, McGowens took over most of the ball-handling duties, and he did so extremely well…McGowens could easily turn himself into one of the better pick-and-roll ball-handlers on Charlotte’s main roster. 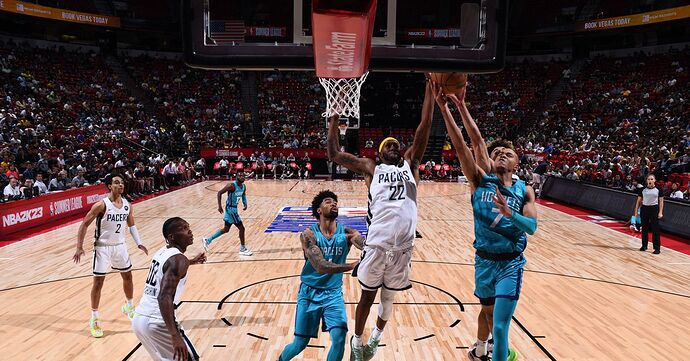 The Hornets lost to the Pacers in their Summer League opener, but there are still plenty of things to takeaway from the contest.

Brlce looks better than Bouknight first game . He is a lot smother , covers more space , Is a better defender just from size along, Not enough sample size on offense. The kid i think could play a combo position, All so he is a much better fit to play beside Melo with lynth and size along

After reading about Bryce the day after the draft, I figured that he could serve as a “back-up plan” for a possible Bouknight bust. Now that I read that he is talented enough to possibly play the point, I like him even better as a Bouknight replacement. I would love to see us flip Bouk for a 1st round pick. Heck even a late first round pick would work for Bouk if Bryce continues to impress.

It’s early but I am hoping that Bryce becomes a second round steal.

Bryce has potential but no where on same level as Bouknight. Bryce is jacking up shots every time it touches his hands in summer league hoping to put some stats in box score but he’s making a ton of bad decisions. Bouknight’s potential, speed, quickness, ball handling, shooting are gonna be special. I really hope he gets a lot of minutes this year and you will see he’s one of our better players in the future.

Early Bouknight will get his chance. But he is way to soft and his attitude suks. Time will tell but I am guessing after 20 games he is going to be getting DNPCDS. I really hope i am wrong about him .

If you want an amazing inside look at McGowens draft day experience AND the experience he had with his family and hiw excited everyone was that he was in Charlotte, check out the below video. 22 min documentary style thing. Really very well put together.

When he gets the Charlotte hat it is LITTTTTT. Also every one of his family memebers wrre talking about all the teams making a mistake passing on him.

Don’t know if he can consistently be this at this point, but this is an awesome skill set to bring to the team. 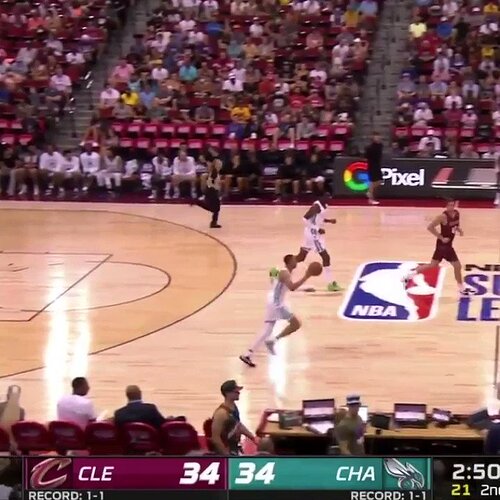 That step back 3 move he makes look so easy, will be so hard to guard, especially if he mixes it up with aggressive drives.